10 Reasons Why Christmas Celebration in Australia is Unbelievably Special 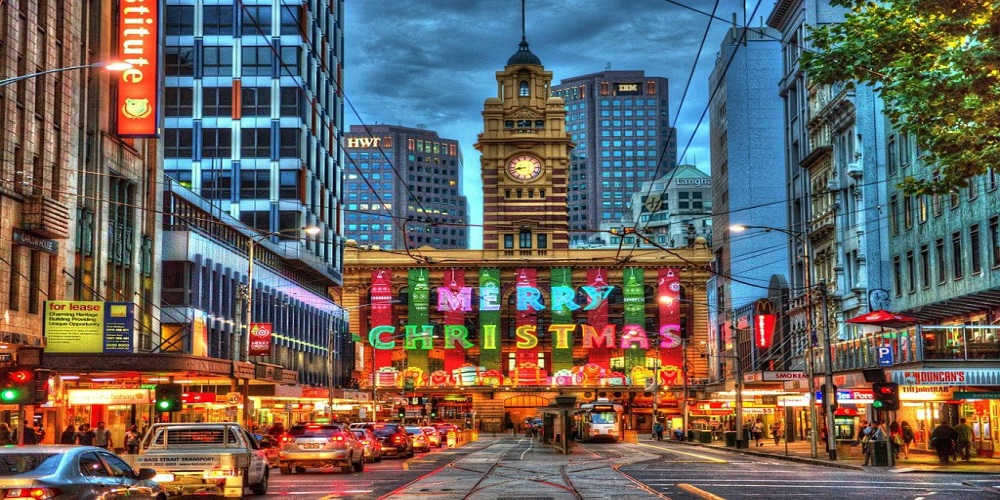 The festive occasions are always fun but there are a few things which can change them into special and memorable for years to come. The last month of the year has already begun and it is the time when most people would start planning about how to spend their Christmas vacations. It is obvious that you would want to enjoy each and every moment of holidays, so here is one great plan that could really make your Christmas celebration very unique and unbelievably special.

Have you ever wondered how Christmas would feel like if it would be celebrated during the summer season? Yes, it is possible and there’s no trick involved in this. Australia is one such place that would give you the chance to enjoy 25th December and even the New Year if you would like, in the warm and cosy summer season. This changes Christmas celebration right on its head and you could straight away assume how special it could turn out to be. There are a lot of different traditions in the western world for celebrating the Christmas festival but none of them would be as unique and different as the one you could experience in Australia. To take this festive experience in Australia at the lowest prices, you could use these Klook discount codes and avail some exciting deals for the Christmas vacation trip.

Here are the top 10 reasons why Australia would offer a unique Christmas unlike any other in the world.

The Sunny Weather of the summers 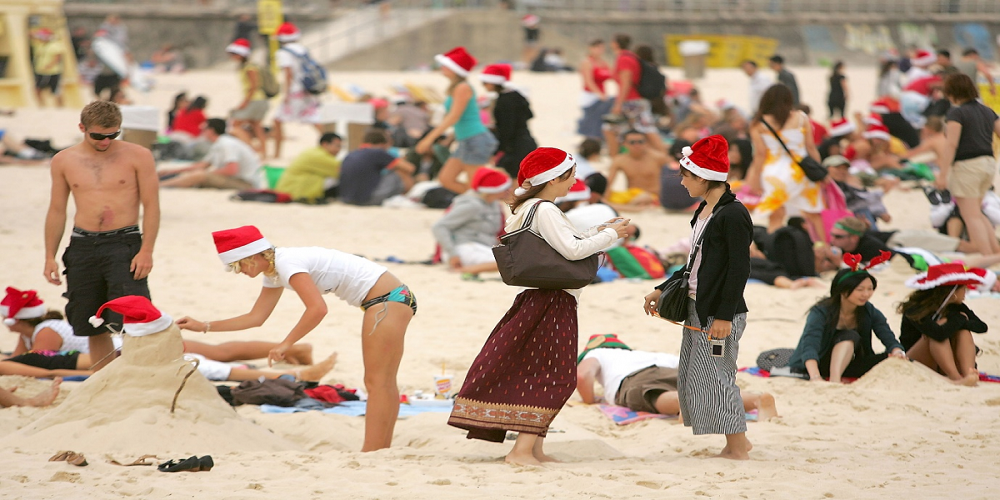 This is the most crucial factor that lays the foundation of the uniqueness of Christmas in Australia. Australia lies on the southern half from the equator whereas North America and all the European countries are situated on the aisle side i.e. the Northern Hemisphere. This makes the Australian seasons reverse to what one experiences Europe and North America. So when the north is having winter, Australians enjoy the warm sunshine under the warm and sunny weather in the month of December. It is really intriguing as the North wishes for snowflakes to come down during the Christmas to give a whitish layer to the entire surroundings but back in Australia, people wish for the brighter and sunnier day. This makes it a really unexpected setting for anyone likes. So it would be wonderful for any person north hemisphere to visit Australia and celebrate Christmas in the summers this year. 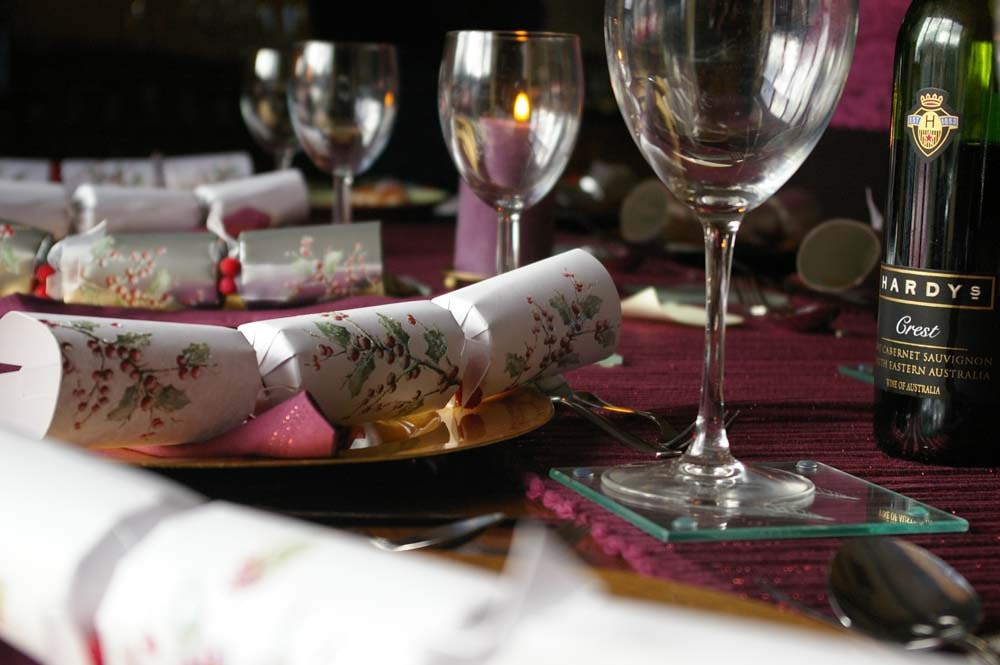 Even though the food remains a significant part of the Christmas, it is not as heavy as it is on the northern hemisphere owing to the fact that it is summer season and there is a limit to what the body can allow consuming in the hot climate. The Christmas dinner is much better in Australia. A turkey is must cook the dish in every household on the eve of Christmas dinner. While there is no mandatory thing as such and it depends from family to family, yet turkey is one of the most common ones. The lunch and dinner both are family events and the whole family sits together for the meals.  Prawn cocktails and tiger prawns are two of the most popular after meals to feature on the dining tables of almost every family. An estimated statistic data compiled up to 45000 tonnes within the Christmas break itself. The Australians love eating sweets to bring their meal to an end. There is a majority of people who would have fruit platter or Pavlov covered by fresh fruits and berries or even the popular Christmas pudding, specifically loved by the younger ones.

For the Love of Sweets 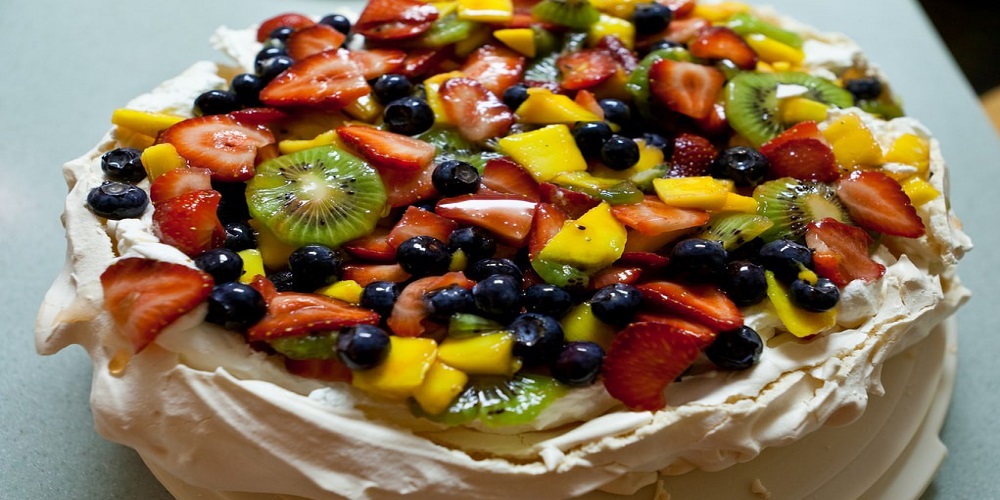 One thing that remains a prominent part of any festive celebration is the sweet delicacies and Christmas in Australia is no different from this perspective. Though the dishes do change and there is a very kind of eating tradition in Australia than what Europeans are habitual to eat on Christmas. The most common practice of lunch in the European regions is the traditional roast but Australians love to have barbequed seafood, the prawn being the most preferred option. Even if that means one has to stand for hours in the queue to find some fresh seafood from the nearby fishermen. The Australians love sweets and desserts. There is a whole custom to show their eagerness in anticipation of Christmas for which a chocolate advent calendar is developed with a piece of chocolate on the back of every date window.

Christmas and the Beach 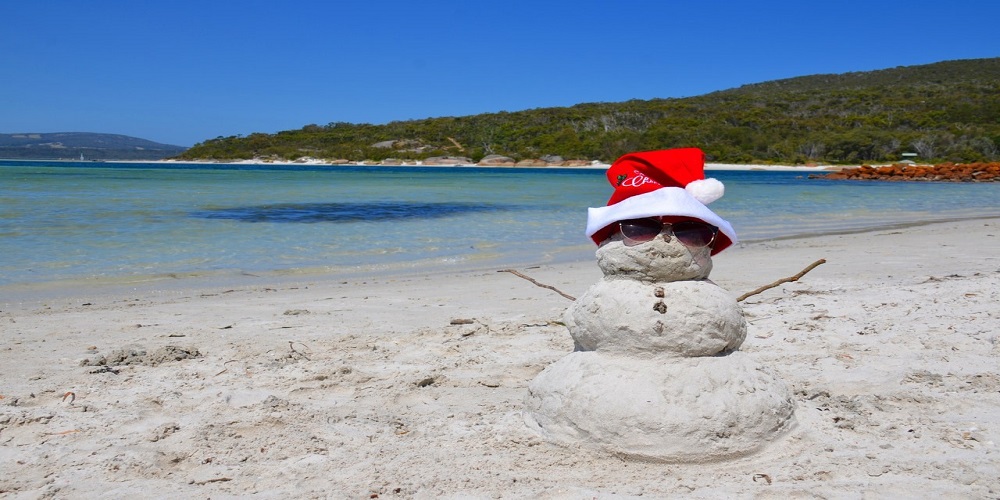 While the whole of the world is shivering from the cold and find solace near the fire-pits, people here in Australia love to spend their afternoons and the evenings on the beaches. There is no hiding the fact that Australians are beach addicts and would readily end up on the beach on even the slightest of opportunities. Not only that, a large number of people out of these love surfing and would take their boards out to have a go at it. There would be many of them with the Santa hats laid on the warm and cosy sand shores. There are many who love to play sports and carry baskets with a volleyball or Frisbee along with some refreshment drink and water.  The vibe of summer makes it a very nice way of rejoicing in the cooler water of the ocean. So don’t get surprised to find Santa with a pair of flip-flops and shorts surfing on the ocean.

The Christmas of Lights 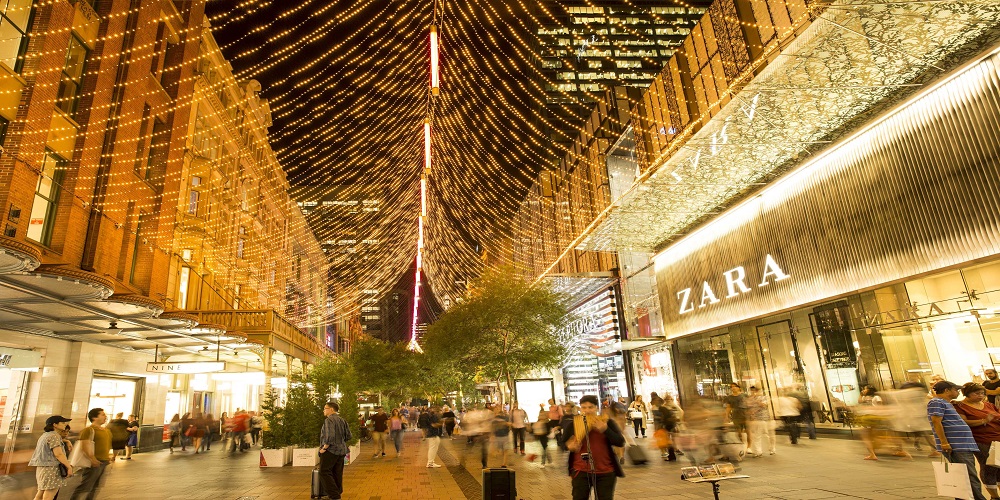 The Christmas celebration in Europe is more artificial and glittery than natural due to the fact that the winter beholds the sun’s rays from influencing the climate and thereby leaves the atmosphere in a tinge of darkness coupled up by the foggy and misty surrounding. Australia, on the other hand, is much more open and vibrant during the Christmas with the gleam of lights transcending to a distance far off. The whole country lights up the streets, houses and public places during the nights.

The afternoon, on the other hand, gets brightened up by the sunbeams and there is no need for fancy decoration until it starts getting duskier on the sunset. The decoration of the Christmas tree and the house is equally important for the Australians. The Australians prefer to use a bush instead of the western prototype of a big dense tree. The Christmas Bush of Australia is a cream coloured flowering plant that is rooted in the houses prior to the Christmas. The plant has this characteristic of changing its leaf’s colour marked with a red tinge after a certain time and Australians use it as a sign of joy that Christmas brings along into their homes. 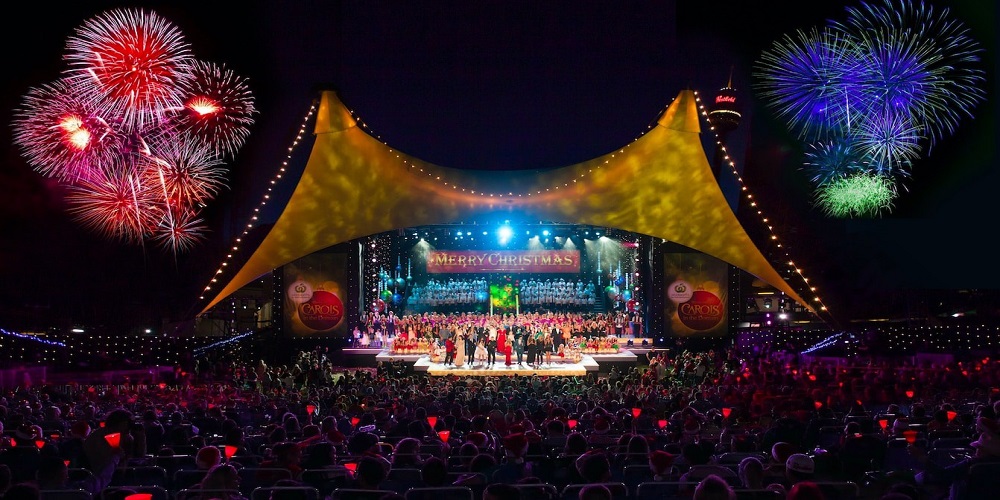 Well if you thought that Australian are not aware of the religious traditions that Christians follow across the globe, you are wrong.  Even the Australians celebrate the Christmas by following the traditional practice of carols by candlelight. This started back in the 19th century and a lot of people participate in it every year as this is one of their favourite ways for time pass during the Christmas holidays. If you do not want to find such activities for time pass, you can book a Christmas special trip to Australia right now using these Agoda Voucher Codes and go on an enjoyable holiday voyeur at amazingly cheap prices.  The Christmas Carol is a very melancholic event where a lot of people eagerly participate every year in the bustle of carousing. 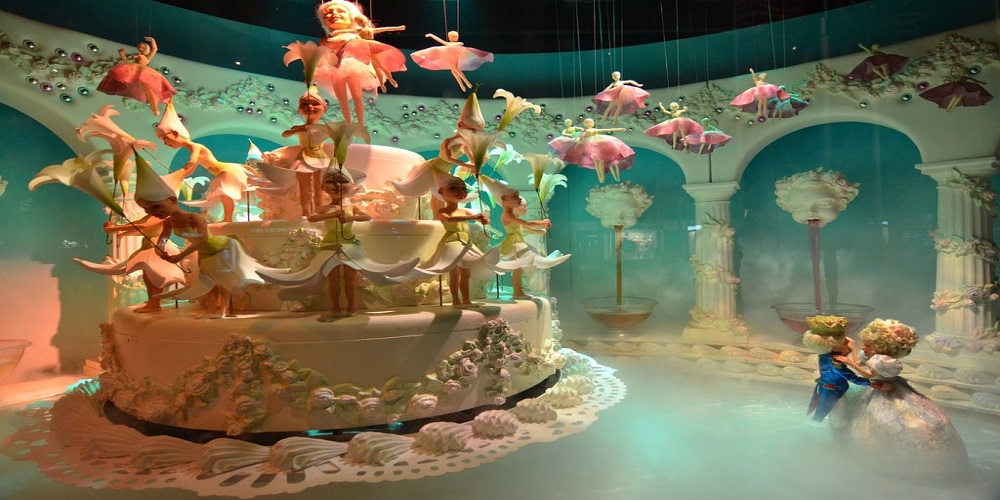 People also motivate each other to take a moment of limelight which makes it even more interesting as the participants are actively involved all along. This event earlier used to be held at public places such as Parks, grounds and big outdoor venues to listen to the carols by the candlelight. In fact, the grandest of all such events are organized in the city of Melbourne at the Sidney Myer Music Bowl. This event is telecast live through the televisions all over Australia and gets a very high viewership too. Those who want to see it live from the location itself gather in the event to make for a crowd of thousands and thousands of people. There is a free exhibition also held on the Bourke Street which shows a different story every year and has featured popular ones such A Christmas Carol, How the Grinch Stole Christmas and The Twelve days.

A Festival of Outdoor Sports 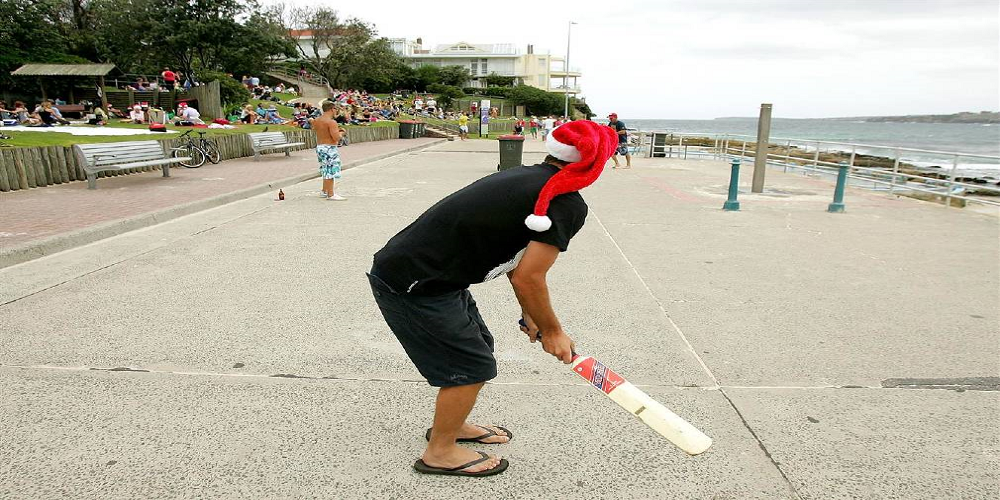 The Australians love playing outdoor sports and the summer during the Christmas provides a perfect condition for such activities. The most common practice which Australians love to engage in on the Christmas day is playing a competitive game of Cricket with all the gears and rules well in place. This is not an alternative to those activities of Europe that involve making Snowmen and gather along the fire-place. But it is more of a passionate affair in Australia rather than having fun as most of the Europeans would take it. There are a lot of other games as well which one can try including volleyball, basketball and rugby. But Cricket remains an ultimate choice. This is also shown by the remarkable Boxing Day test which has most people occupied on the next day of Christmas 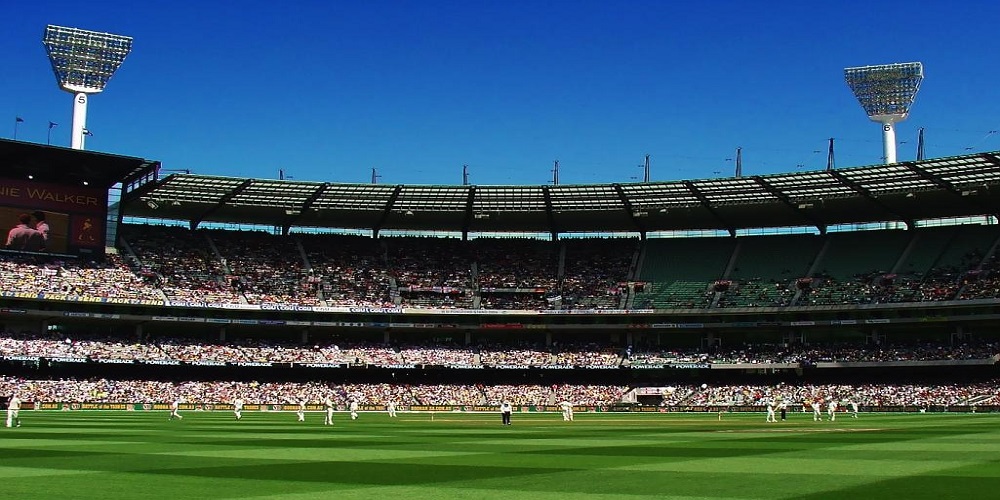 Every year, Cricket Australia ensures to start a test match on the 26th of December which is held at Melbourne Cricket Ground and the stadium is completely packed with crowds cheering for their National teams. You can anticipate the craze of the Boxing Day test match that even the stadium with a full capacity of around 80,000 people has not even a single empty seat. There is a different level of energy and craze about the game of cricket in Australian supporters which reflects in their vivacious ways of cheering as the whole crowd keeps involved in making their presence felt with audacious rhythms and waving of hands in a flow. Even if you are not a Cricket Fan, this match would give you Goosebumps as you sit along with such a big organized crowd. One thing that people of Australia never ignore while watching the match whether, in stadium or televisions at their home, they ought to have a glass full of beer in their hands.