The world is full of places that are unique and unusually marvellous. There are facets of nature that the human mind could never understand. Australia happens to be one such special place that laid the foundation of evolutionary sciences. It is clearly different from every other place of the world from the climate to its geographical attributes or the vegetation to its entire wildlife. It would be apt to call Australia a land of wonders, a place that is unlike any other on the planet.

Australia is the smallest of 7 continents but apparently the largest island on the earth too. While the size of Australia is approximately the same as the US, still a majority of it is not inhabited by the human being. This leaves Australia with a very sparse population most of which is concentrated around the coastal regions. If you look from a geographical point of view, Australia is mostly covered by a semi-arid and desert landscape but it is still blessed with an extraordinary versatility of habitats within the remaining land mass that includes tropical forests and alpine heaths too. Australia has the most unambiguous variety of wildlife that is endemic to the island alone. Any passionate traveller should not miss out on visiting such a place. If you are willing to take a trip, make sure that you book your trip using these Expedia Voucher Codes to get hefty discounts and incredible deals.

Here are few of the most extraordinary places of our Planet that happen to be in Australia. 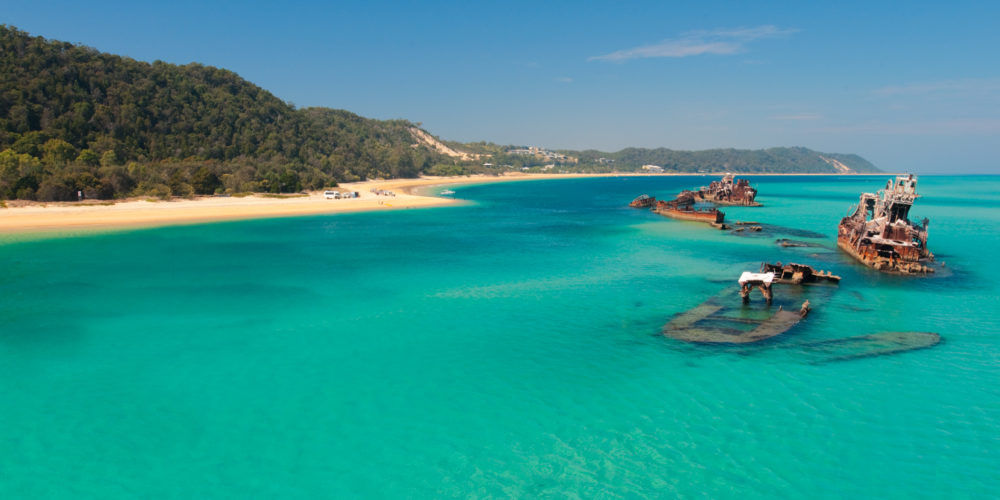 This Island is listed as a world heritage site due to its impeccable characteristics which are distinct from the usual characteristics of an Island. Fraser Island is noted as the largest sand Island in the world. But there is much more than just sand that the Island offers to its visitors. The Island has hundreds of freshwater lakes which makes it majestic. The travellers can go around roaming in the dense vegetation of rainforests too. Being the largest sand Island, how can you not visit the crazy sand dunes spread across the Island. The Island also has one of the most stunning sandstone cliffs that will leave your jaw dropped in awe of its spectacular structure.

This place is very much liked by the ecological tourists in particular. The shore lovers also cherish to take trips to this Island. There is a regular flow of tourist which has flourished a very organized option for travellers. You have many choices to take a tour. There are guided tours of the island offered by many tour coordinators. You can hire a vehicle and drive through on your own if you wish. The inland cruise is a very convenient option for visiting the western part of the Island. There are plenty of other things that you can do such as fishing, wildlife tours, taking a ride of a hot air balloon or helicopter or even aeroplane if you like. The crystal clear lakes and isolated beaches make this place a fun for swimming lovers. 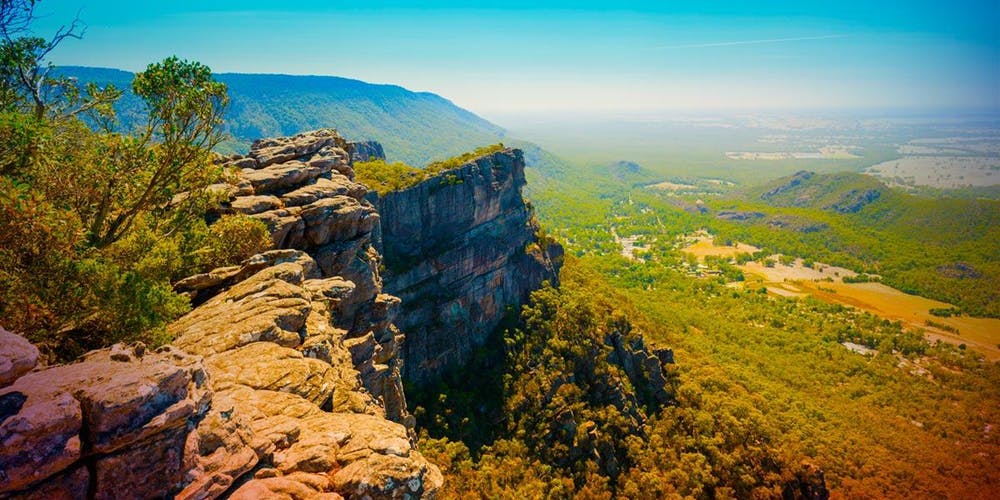 This is a natural reserve situated in the Victoria that has gained attraction of tourists due to its asymmetrical sandstone mountains. There are some really dramatic and unusually sculpted rocks formed in this region which the visitors have to go through and explore. You can also find some ancient cave art which was done by the aboriginal tribes in the early ages of humanity. The mountainous regions that have a water body generally exhibit waterfalls and it is no exception herein. As it is a natural reserve, you must expect wildlife too. The diversity of the wildlife includes some of the native species such as Kangaroo, koalas and emus which are only found in Australia.

This place has many other outdoor activity options that visitors would love to engage in. For starters, there is the option of trekking which is not tough and trails are fairly modest for even the beginners. The people who love adventure sports would love it here, especially those who Love Mountain biking and four wheeling.  The major highlights of this place include Victoria Valley, Halls Gap, Barak Lookout, The Vineyard, Reed’s Lookout and Mackenzie Falls. The Grampians Natural Park has significance for the local population as well and they often plan the outdoor camps in this park.

This is a large national park with a massive area that spreads across Otway hinterland. This park covers regions from Torquay to Princeton and well expanded up to Colac. This gives the park an area with a distinguished variety of features. The area that comes under the park’s territory includes rocky platforms along with edgy rough coastlines that leave spaces in between for some magnificent sandy beaches and a heathland that allows a fluent flow of wind to sweep across. And for your information, this is just one part of this vivacious reserve.

The northern part of the Otway Park is pretty different from the other parts. As you move north, the landscape takes a very different shape which full of tall and gigantic trees, tranquil lakes, exquisite waterfalls and ferny vegetation too.  This park also includes the Great Ocean Walk which stretches along at a distance of over 55 miles from Apollo Bay and reaches near the 12 Apostles. This place is one of the best places for the nature lovers who relish exploring the vividness of natural beauty. The mountain bike lovers can also test their driving skills wandering around this enjoyable park.

This is one of the biggest natural reservoirs in the world. This place has been listed on the World Heritage Area List for both the reasons i.e. natural and cultural. One can find many amazing sights inside this reserve and it offers once in a lifetime experience. This national park has a plethora of rocks that have existed for over 2 billion years. There are very rare places with rocks as old as these. These rocks were also the home of an indigenous tribe that had created rock art which is now stored and showcased in form of rock art galleries. These galleries showcase the heritage of Indigenous populations of Australia over a span of 50,000 years.

There is a company named Kakadu Tourism which has been built deep inside the Park and it is entirely owned by the indigenous people. This company offers guide services to take the visitors through the best of the places from the very large region that comes under the territory of this park. It is an authentic way of touring the best possible sights and experiences available in this national park. There are many popular places that one can visit in this reserve apart from rock art galleries. Some of the popular locations include the Twin Falls, Gubara Pools, and Boulder Creek which can be reached by a four-wheeler. Don’t miss the ecstatic cruises in Yellow Water during the sunrise and sunset.

This Island is one of the most popular tourist destinations of Australia. It is situated in South Australia and has 300 miles of southern coastline. The coastline is long enough to provide ample space for many beautiful and scorching beaches. The entire coastline has a plenty of picturesque locations that can easily hook the photography lovers for several days. As its name is Kangaroo Island, you can clearly get the hint of what is special about the place. This region is not just habitat of Kangaroo but several other endemic species that are distinct in features when compared to species found in the rest of the world.

This Island provides a very organic setting to witness the wildlife in its true state. One can easily spot many sea lions relaxing alongside on those pristine sandy beaches. Just move into the interior and you will find the cutes Koalas lounging on the tall eucalyptus trees. The Islands has a plenty of natural beauties that would keep you captivated the whole time. You can visit Admirals Arch, Hanson Bay Sanctuary, the Penguin Center and Flinders Chase National Park to discover various kind of endemic wildlife that evolved in this region. Apart from the wildlife lovers, this place would definitely attract the adventure sports lovers as there are a plenty of options to keep them enticed such as sand boarding, four-wheel biking, cave adventures and horse riding. The food of this Island is also an attraction that would entertain your taste buds with bursting flavours of local delicacies.

The places that we have discussed till now were not exactly meant to be an ideal choice for the families. In just about a 90-minute ride, you can reach Philip Island which is an assorted place for families. This Island has everything that you expect from a good travel destination. There are beautiful pristine beaches, healthy wildlife and many different amusement sites that will keep the families entertained. There are many swimming beaches too which are ideal for enjoying a lot of time in the water without any kind of risk. The sightseeing of wildlife is the best thing that one could do with the families. You will easily find Koalas and Penguins having fun in their natural habitats and it really feels great to witness such beautiful animals living in their ideal habitat.

The place has many hotspots for fishing where one could easily spend hours catching fishes. The coastline on this Island provides one of the best places for surfers. The period between May to October is also considered a good time for whale watching although it more about your luck if you actually get to see one. Apart from it, the Island is also famous for the high octane motorsports as there are several motorsports event held on the Grand Prix Circuit of Philip Island. The Moto GP is one of the famous motor events that is conducted here every year. 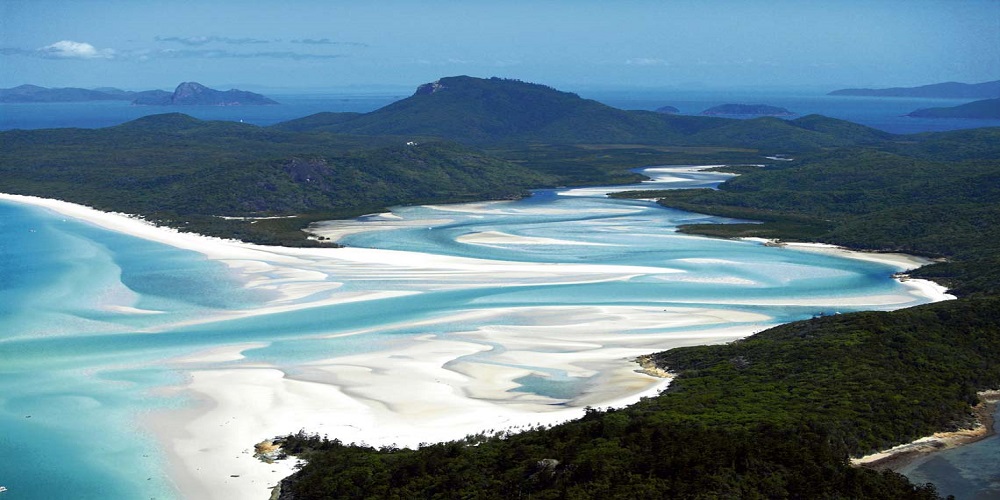 As you move away from the Queensland Coast towards the Great Barrier Reef, you will find one of the most mesmerizing locations of the plant. It is the collection of 74 incredibly gorgeous Island which are the best examples of nature’s wonder. These Islands are called Whitsunday Islands. Many of these Islands are not inhabited by the human being and as they have been declared as National Park Islands, there is no chance for the human being to spoil their beauty in future too. The other reason why those Islands are uninhabited is that of their small sizes and lack of resources. Only 4 Islands have been inhabited by human population although the number of people living is still very low. Even these Islands are not developed colonies and are basically developed into an option for providing accommodations to travellers. If you would like to spend time in such a place, book a resort using these Hotels.com Promo Code and get exclusive deals and offers to save a lot of your hard earned money.

The accommodations available on these Islands offer a very eco-friendly but luxurious stay. The resorts and hotels have a very refreshing approach for their visitors as they have devised all-inclusive activity based and food inspired stays to keep them engaged. This is meant to make their vacation more enjoyable and refreshing. These resorts and hotels also provide a very comfortable stay for the families and maintain a very friendly and courteous attitude all the while to ensure the best possible experience to the visitors. There are many other outdoor activities that one could experience while staying on these Islands such as swimming, spa treatments, jet skiing, skydiving, helicopter sightseeing and sailing to name a few. No matter what your personal choice may be, but these Islands will offer some of the best days that you can have in your life. The location along with a plenty of options make it a truly mesmerizing experience.