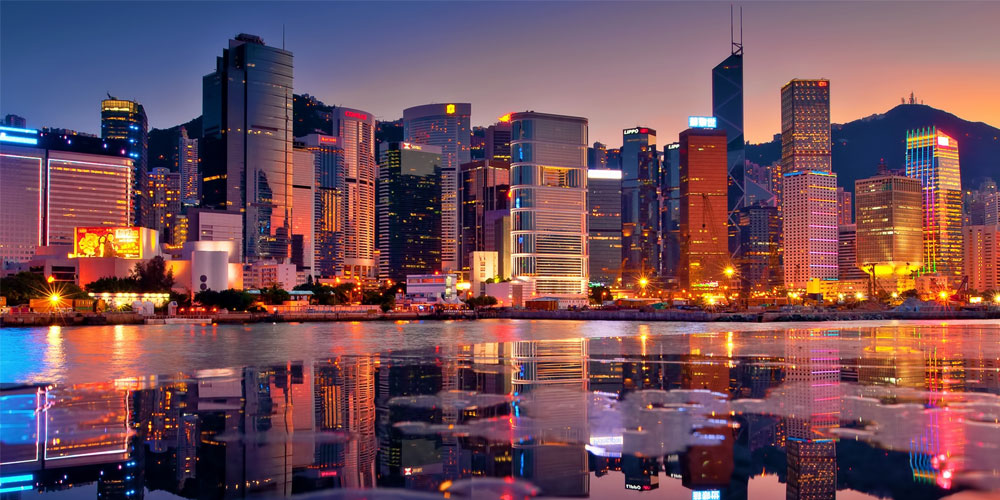 Hong Kong is a renowned tourism destination known worldwide for its extravagant and delightful attractions. The world is truly fascinated by the distinct attributes of this place and there is no denying that it deserves every bit of it. There are sites that suit all kind of travel enthusiasts ranging from the lone wanderers to the family tours.

When it comes to families, Hong Kong has been attracting them for varied reasons. There are so many exciting prospects that engage every person of a family to provide some great moments of joy and happiness. So if you are looking to get your family on a fun holiday vacation, Hong Kong has everything well-arranged for your convenience. Make sure to book your holiday package using Klook Promo Code to avail jaw-dropping discounts on your online bookings. 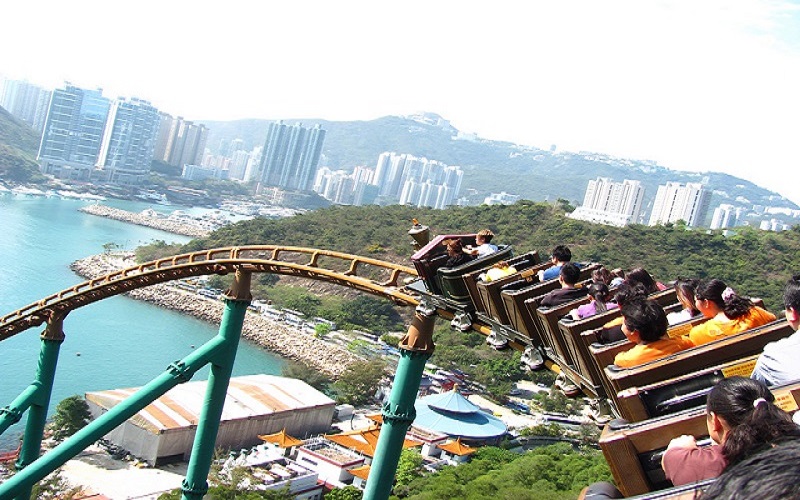 The park was developed in the year 1977 under the British occupation. British left the shores of Hong Kong in 1997 only to leave behind an extremely popular theme park for Hong Kong. This is a park which has everything that you would expect from a lavish and entertaining park to do loads and loads of crazy and fun-filled activities. There are plenty of animals here that will leave you mesmerized such as the koalas, giant pandas, dolphins, seals, arctic foxes and penguins.

Bat at the soul of it, this is inherently based on the theme of the marine world which is also the reason why it has been named Ocean Park. There is not just fun but also a great deal of wisdom that a child and even you too if you didn’t know, can learn from here, specifically about the marine world. The underwater aquarium built in a channel that goes down under gives a feel as if you have actually come in the ocean and experiencing the marine wildlife right in front of your eyes.

A Sail to Witness the Pink Dolphin

The very rare species which is called Pink Dolphins by the locals is found near the seas around the coast of the Hong Kong region. There are special boats available for hire which will take you through an ecstatic sea ride in an exploration of the famous dolphins. Even though these dolphins are often white in colour but a rare few can be spotted with a tinge of pink colour thereby giving the unofficial addition of ‘Pink’in their name.

Why see these dolphins? Only a non-knowledgeable person could say this. These are extremely playful creatures who try to woo the people, unlike most sea creatures who would rather stay away or be unaffected by the presence of a ship around. On the other hand, these animals which are also known for their sharp brain have befriended human beings.  These dolphins are especially attractive due to their acrobatics that they showcase in the water. They would jump around in different styles, leap back and forth and stick around to entertain you as if it is what they live for which obviously not the case here. And that’s why these animals are so special. A completely enjoyable package where you just need to sit through while the Dolphins would keep you hooked and enticed.

This is a completely exotic place to witness nature’s one of the best creations. This region in the northern territory is known for its freshwater swamps, butterfly garden, mangroves and a pond full of crocodiles for seeing them from a closed fencing. These places are wonders of nature with a lot of things to learn both of the kids and the grown-ups. It helps in understanding the important role of biodiversity and the diversity created in the biome.

There are a number of bird species around which look gorgeous as they keep roaming around in groups.  It also shows how wetlands and mangroves are very critical and why should we try to keep them away from any harm for the better of the whole world. There are many bird species that are only visible in the winters as they migrate from the north in search of warmer areas. It is really sad that many of these species are today listed in the endangered list and fighting for their survival within the cruel human race who had been hunting them down for fun in the past. Thankfully, they are now safe under the reserved land and will hopefully flourish in near future. 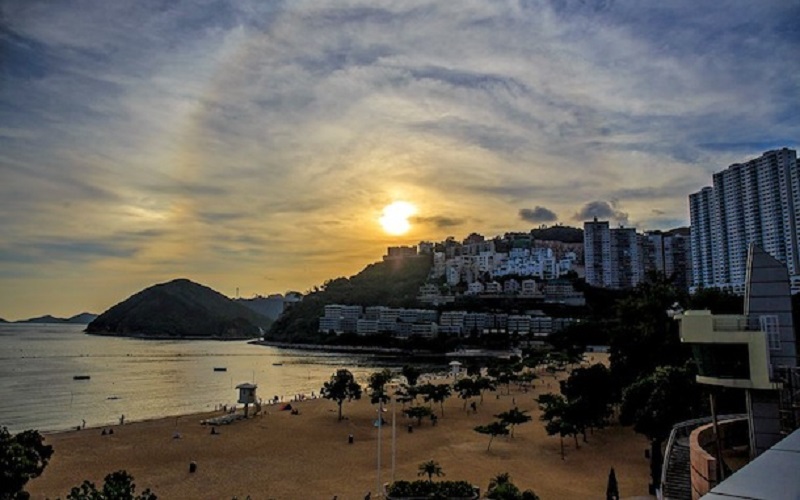 Repulse beach a place best for getting a lazy rest on the tranquil seashores during the tiring and busy travel schedules. This beach is particularly a much-preferred paradise during the summers as it retains a certain degree of moderate temperature thanks to the cool breezes that sweep past the southern coastline. So, you would most probably find it flocked by the locals themselves especially on the weekends. Like all beaches, this one is also sandy but its unique crescent shape is absolutely amazing. Surrounded by the rocks, this beach provides the feel of a large well-protected swimming pool with very calm and laid back tides.

This also makes the beach a very safe sea-shore for the kids who would also like some other aspects of it that are specifically dedicated to their preferences. There is a playground at the backside with some a range of street food vendors, ice cream parlours, cafes, barbeque shops etc. The place is also a shoppers hub as there is the largest beachside mall just behind the brach which has a plenty of shops for a variety of different products. There is one popular toy shop beside the mall which you might force you to spend a lot as it is just meant for kids and it is so enticing that you would find it hard to convince your kid from purchasing loads of items.

If your family enjoys the marvels of the living world that exists all around us, this place is going to be a very fascinating experience. The Victoria peak’s northern portion is exclusively reserved for the Zoological and Botanical Garden which was established in the year 1871.  It’s built a long time back; in fact, it is one of the oldest zoological and botanical parks in the world. The age of the park shows in its wavy fountains, artful sculptures and all this along with greenhouse gases which gives it a very majestic appearance.

There is a very absolute variety herein and the tropical and sub-tropical plants of more than 900 different species are exhibited by the botanical park. In the zoological front, it consists of a large variety of birds with well over 230 species. The animals of approximately 90 different varieties are available for the people to see.  Out of these, 70 are from the mammal group and 90 belong to the reptilians. The Lemur, the Orangutan and the Flamingo are the key highlights that anyone visiting this place must not miss. 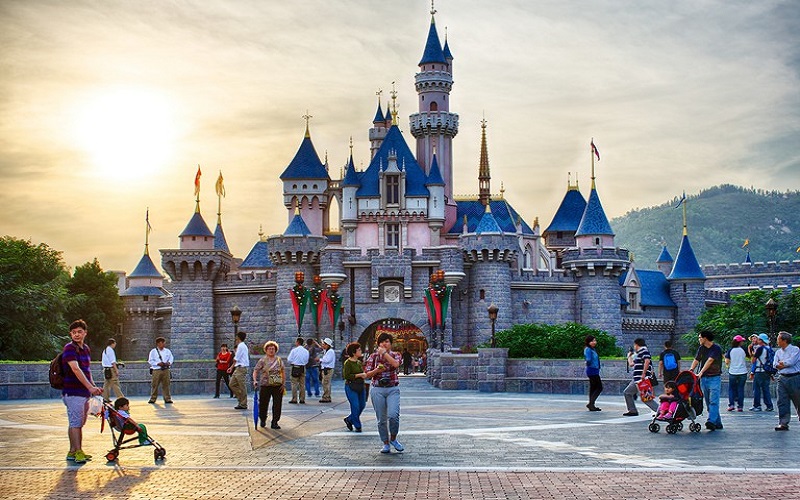 The characters of the Disneyland might have been the artist imagery of Walt Disney but the place is not just limited to being on the cartoon world alone. The Disneyland is one of those places where every person can revisit the childhood and that extreme nostalgia of the memories of being a kid. The place is styled in the completely same way as the cartoon world and there are many characters of the Disneyland roaming around here and there to make it even more surreal for the eyes.

The park has various fun rides on offer. There are 7 different parts which have all been developed on different themes of the comic book world. The firework that happens in the night is exotic and will make kids go bonkers. The overall experience has been articulated in a nice manner that there offers nothing short of a very delightful and joyous memory which your children should at least not forget for this life.

Every place has its own geological constituents which are determined by various factors over a long period of time. This park has been created by UNESCO to preserve the unique aspects of the Hong Kong’s geological form. There are two different regions according to the geological difference of the major parts. The first part is made up of the multilayered rocks formed by the smouldering Lava

Hong Kong Geopark is a geological park dedicated to the conservation of Hong Kong’s unique geological formations. The Sai Kung Region shows the rock patterns of hexagonal shaped volcanic rocks which are formed by the cooling down of lava. The second portion comprises of the sedimentary rock formations which are formed by the inherent pressure and absorption of the atmospheric component such as moisture, air and the microorganisms which develop on it and ultimately break it down into sedimentary layers.

Apart from this, the park is also a good place to enjoy some adventure activities which are available for the tourists. The varieties are also there so you can choose an activity as per your choice. The Sai Kung Park provides the option of Kayaking and hiking while there are options snorkelling and jet stream tour too. You can also book your hotel near this exotic beach location at a great discount using these hotels.com promo codes.

This park is one of the major heritage places of Hong Kong that demonstrates some of the major historical accounts of the past which Hong Kong has undergone. The natural environment all around gives it a very organic feel. The park was once an army area which for an army wing known as Whitfield Barrack. This area was vacated by the army and hence handed over to the government in the year 1970. Thereafter, the government re-developed the 13 acres of land into a public park in order to preserve the remains of Army’s historical presence over there.

But over the course of time, the park was developed into a popular place by providing amenities such as swimming pools, an indoor sports centre, a garden which has a Chinese undertone, a maze to get lost and explore the way out and many more enticing attributes. The park also has a lake inside its territory which is renowned for having a variety of bird species including the popular Mandarin Duck. 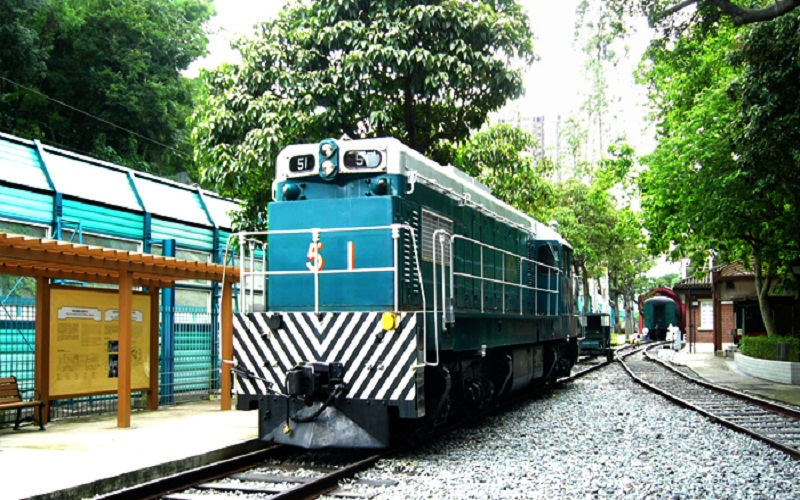 This museum is entirely dedicated to the heritage of the railway which has been left behind in the past which was obvious after the development of new techniques and technologies. The museum might not sound like a good option to the likes of children but this one is certainly an exception in this regard. This museum is actually meant to engage the school kids to explore the various aesthetics of railway and it is all presented in a very engaging manner that kids usually find fascinating.

The places inside the museum have been presented in the way the railway used to be in the past. This museum is built inside a former railway station built in the year 1913 and thereby shows a very classic and traditional style in its architecture. There are many galleries which showcase old railway ticket offices, the old levers which were used to pass on signals, the ways the trains and the platforms of those old times used to look like. There is an actual train carriage kept in the museum where kids are allowed to roam around.