An Elaborate Guide of the Best Neighbourhoods in Hong Kong

When it is said that Hong Kong is the epitome of urbanization, it is not at all an exaggeration. It might not be perfect like Singapore or poised as London, but it has its own unique flavour which is no lesser by any sense. There is not just about the travel-friendly sightseeing place which is desired by most travellers, but more than that there is a ubiquitous charm that one could feel no matter whichever location one would visit. The audacious skyscrapers, very articulate infrastructures, urban suave and lifestyle is something Hong Kong carries in itself even though each neighbourhood has its own different attributes but the character of Hong Kong exhibits and one could sense it in the air.

In fact, the differences between the various locations of Hong Kong are staggering and it would not be wrong if we call this difference as stark as it is between day and night. There are a plethora of neighbourhoods each with its own qualities and specialities. While you could experience the cultural richness and the influence of the Cantonese traditions, then there are those localities which are absolutely above par to most of the well-developed localities you could find in the world. You could find people from all parts of the world living together with peace and harmony and blending in with each other in a way that leaves a vivid impression of their amalgamation. The vividness and variety on display in these different neighbourhoods of Hong Kong are enough to make you feel satisfied with your trip even if you skip all those wonderful places of sightseeing. This is the reason why it is always stressed upon to every traveller that he should plan his trip in advance to accommodate enough time for witnessing the extempore nature of this metropolitan city. You can customize your trips and book them using this Klook Promo Code to get some amazing discounts on your trip bookings too.

Here are few of the best neighbourhoods of Hong Kong that you must witness to experience the different shades of this unbelievably amalgamated place.

Causeway Bay – A paradise for shopaholics

It is one of the best places that any shopping lover could find in the world. The Causeway Bay is one of the shopping heavens with all kinds of shops from the topmost international brands to the local traditional boutique products. There is no reason for a shopaholic to stop himself from shopping while in causeway bay.  There are lavish malls, departmental retailers, fashion stores, beauty products and most of the things that you could think of purchasing in your mind. This why the location is always stuffed with people and feels overcrowded on any given day, especially after the sun settles down. But one thing that one must be aware of is the fact that it is a really expensive place for shopping and no matter how much you have in your wallet at the time of arrival, it is most likely that you would have none by the end of your visit to this premium market hub. For those who don’t have a constraint and want to soak in a crazy shopping paradise, do visit this neighbourhood during your trip.

Wan Chai – A place for Artistic Aura of Modern and Contemporary 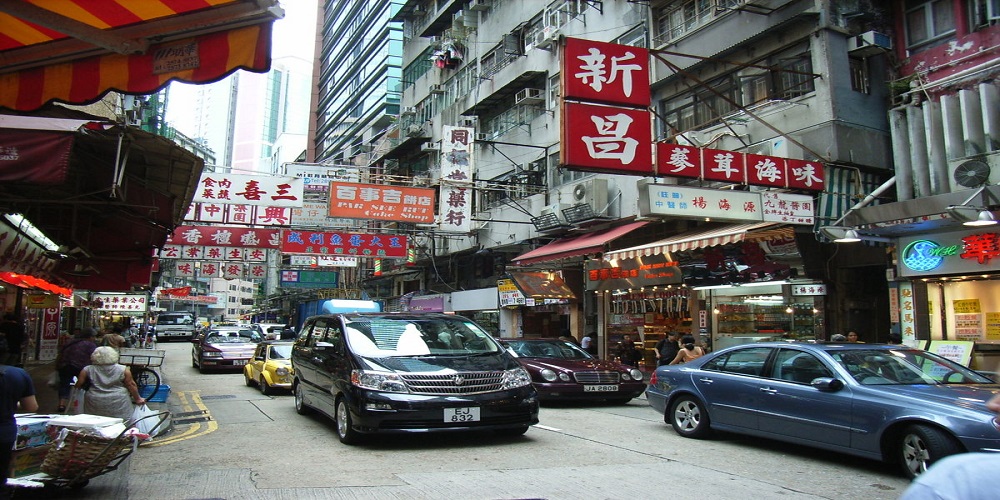 This is another prime neighbourhood with a lot of finesse and sophistication driven into one.  The area is full of offices, bars, restaurants and several other important hubs. But the thing that makes this a standout place is the genuine culmination of arts. There are two major dens of Art located in this part which are the Academy of Performing Arts and the ‘Convention and Exhibition Centre’ which have some prominent works on display from the field of arts and performing arts. Then one can also find the unique Comix Base that is a hub specifically dedicated to the cartoon and animation industry of Hong Kong. An entire street within the Star-street Precinct has got a collection of stylish cafes, galleries, shops and restaurants each one of which is a class apart from any other similar kind of place.

Hong Kong Central – The heart of all places

The name of this place is itself enough to signify what it is meant for. The central city is the lifeline of Hong Kong from where all the major businesses, financial centres and administrative units operate and manage the whole of Hong Kong and its adjoining territories. This place is known for its professional value and working class people who would come here in their white collared attires in masses to get into the some of the tallest skyscrapers of Hong Kong. This is actually the place where you can witness the excellence of human architecture and infrastructural achievements in more than many buildings. These high-class premium infrastructures built with Glasses and Steels are incredible to see especially during the light show conducted every evening at 8 PM. If you want to find some of the most lavish luxury hotels, restaurants, fancy malls and bars, you will find them here. Even though the hotels are really expensive for any budget traveller but if you would want to experience the real pleasure of living a luxurious banquet in probably some of the best hotels in the world, these Hotels.com Promo Code would make it easier on your pocket by availing some exclusive discounts and deals on online bookings.

This place is not far from Hong Kong Central and has three major streets one of them being L-shaped. The place is unusually quiet in the days but the atmosphere of Lan Kawai Fong changes altogether once the dusk spreads out its wings. There are numerous bars, pubs, lounges and clubs in this region making it the party hub in the night. The place is close to the Central territories gathers huge crowd party animals who are out of the roads to chill out after an entire day’s work. There is an enigma in the light of this locale which you would immediately feel as it starts to grow darker. The comprehensive number of options provides ample refreshment opportunities that anyone would want to join the fun. If you want to experience the true spirit of Night Life, here’s it. 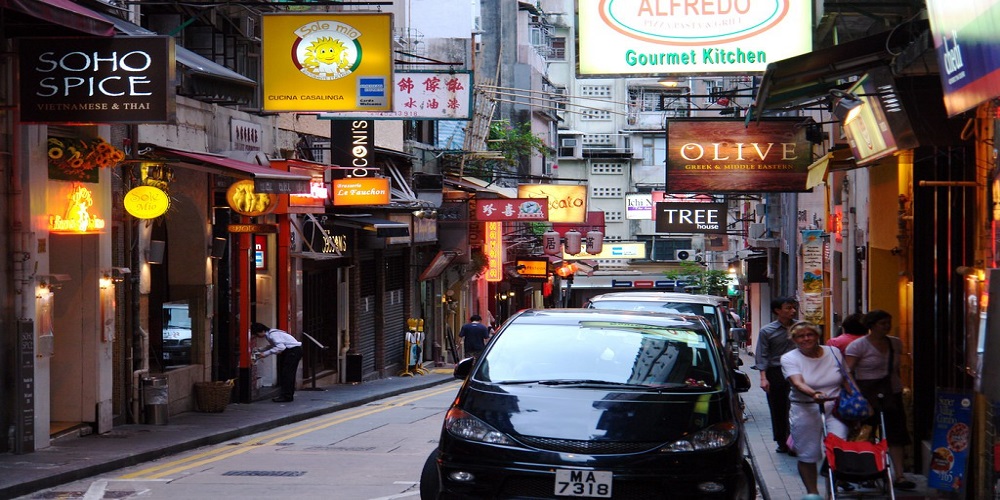 This is one unusual place and unusually named too. It is located at mid-levels of the region and has some very narrow streets and crooked corners.  While the Lan Kwai had a party atmosphere full of loudness and extreme energy, this one is one of the calmer options for the peaceful and secluded minds. This is a place which you can compare with the Lang Kawai Fong. The bars and the lounges of this place are extraordinarily creative and humble which is, of course, a necessity considering the fact this location is for those who love to explore themselves in quietness or want some individual space. You can also find some good eateries and antique shops too. Altogether, it is a place for those who seek a finer sense of celebration within the realms of sophisticated society.

Sheung Wan – The Oasis of Hangouts

This is one of the oldest territories of Hong Kong that has existed for a long time and you could feel it from the views of the surroundings in merely one glance. It is one of those locations where people would often come to hang out with the friends and have lengthy gossip sessions. You can also find a plethora of street food vendors who include people from almost every kind of cuisines from the western ones to the traditional Cantonese delicacies. There is no shortage of places to sit around with friends for those chit chats with options such as cafes, public spaces, malls and fashion outlets. This is one of the most genuine places where you can explore the mixture of the multicultural multi-ethnic and broadly unified social life of people in Hong Kong. One could also find dried seafood here which Hong Kong is been famed for. There some holy Buddhist places and statues in this territory.

There are some regions in Hong Kong which have been lately developed and enlisted as very highly anticipated up-coming areas. Sai Ying Pun is one such area in the neighbourhood which shows all the good qualities of a prospective future hub of Hong Kong. It is one of those places where you can find the most number of expatriate populations who have shifted in Hong Kong coming from the different parts of the world. This area has some cool and modern cafeteria, eateries and bars where people often come from different areas of Hong Kong to have fun and enjoy some time drinking with friends. There are many fusion restaurants in this territory which present a mixed cuisine inspired from different cooking styles.  It is here you can say that the west meets the east. For those looking for some time pass, there are a number of brunch places to spend your time.

This area is situated on the Kowloon peninsula and at the tip to it to be particular. This is one of those territories which is flooded by the tourism industry and travellers who come from various parts of the globe to see the prolific sights of attractions which Hong Kong is popularly beholding. The evolution of the tourism industry has resulted in this place into a complete chaos where every local is trying to leverage the economic prospects of tourism for own good. The region also has a lot of other heritage sites where you could see the cultural roots of this land and how they have been shaped over the different periods of time. There is an unprecedentedly high number of museums in this territory including the Space museum,  science museum, Museum of History and the Hong Kong cultural centre to name a few. Apart from this, you could also go for other adjoining territories of Hong Kong islands from here using the ferry. The region is devoid of free space as every possible place has been utilized for commercial purposes except the public properties such as parks and reserves. 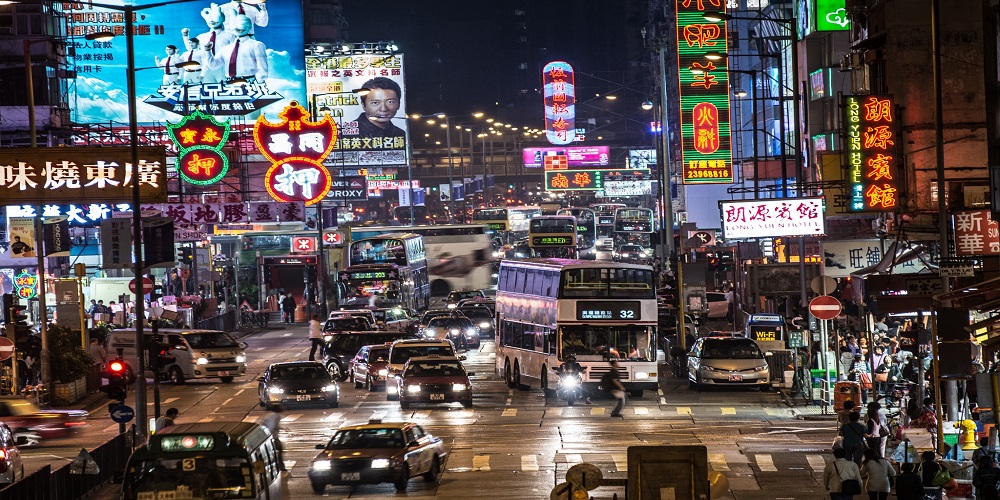 If they started with causeway bay, it was the most fitting thing to end it with somewhere which could captivate upon the premise of diversity that has been claimed at the beginning of this piece. There might be a number of other places where you would find the similar brands and their products as you can in the causeway bay, but the Mongkok is one such place where you would find nothing expensive. It is not at all bad place for shopping and in fact, the best one for those who want to keep their pocket with some reserve amount as well. This market has a huge number of street vendors who keep unimaginably extensive varieties of products and sell them at dirt cheap bargain prices. So if you have a knack to find quality stuff, you could try shopping in this market and compile some really incredible items at steal prices.  The market has been dividing into different sections so that you could find all the shops for one category compiled in one place. You can get everything from the flower to the pets in this one big overcrowded marketplace. It is an experience worth trying.