The quake hits Southwest Indonesia in the sea on about 130 kilometres of city Tiakur at 10:27 pm and at a depth of 140 kilometres, according to the US Geological Survey.

Jakarta: A profound 6.3-magnitude deep earthquake was struck in Eastern area of Indonesia on Saturday night. The US seismologists predict that there is no warning sign for Tsunami though.

The quake hits in the Southwest Indonesia, that runs about 130 kilometres and 140 kilometres at night on about 10:27 pm. The national disaster agency suggests that the earthquake in Tiakur was felt nearly for three to five seconds.

National disaster agency representative Sutopo Purwo Nugroho said, "There are no major disasters that have happen and no victims were predicted”.

The quake was also felt in some nearby areas of the country including Dili, the capital city of neighbouring country Timor-Leste which is near 370 kilometres from the epicentre. 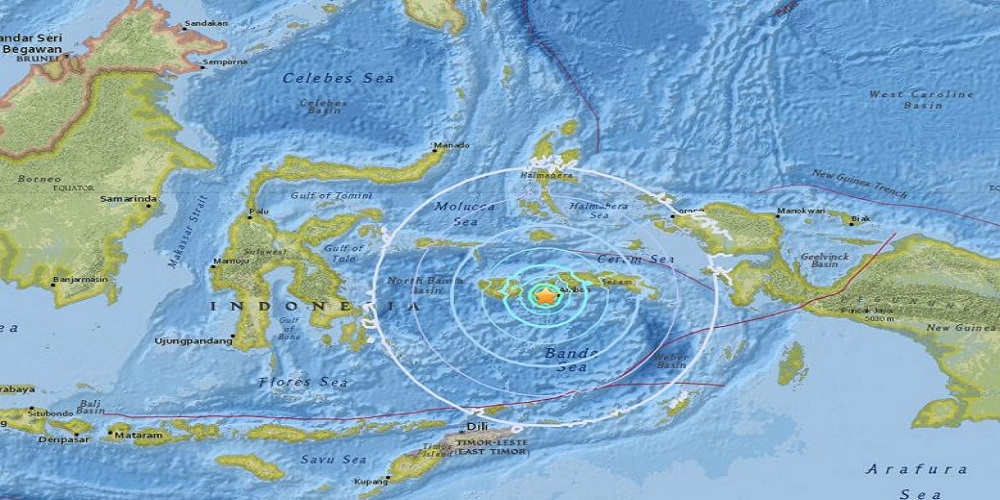 The resident of Dili Dion Chatulessy said, “People instantly started running out from their homes screaming ‘Quake!' and running here and there to inform other people as a warning to get out at a safe place and away from the electricity pole as a quake warning sign".

Often the country experiences frequent seismic and volcanic activity due to its location near the Pacific "Ring of Fire", where tectonic plates crash.

In December 2016, an earthquake struck the country's western Aceh province which was quite a serious one that killed more than 100 people and thousands of people got injured and left homeless.

Also, last September, there was a 7.5-magnitude quake and a succeeding tsunami in Palu on Sulawesi island that took and killed about more than 2,200 with thousand were declared missing.