Lazada, the leading e-commerce platform of Southeast Asia has announced a star-studded lineup for its inaugural "Super Party" music concert which will be held on 26th of March of this year. The Lazada has officially confirmed the same and also said that the whole event will be live streamed for its user and can be accessed through the mobile app simultaneously from all the six major markets where it operates. The event is being held as an integral part of Lazada's 7th birthday celebrations. 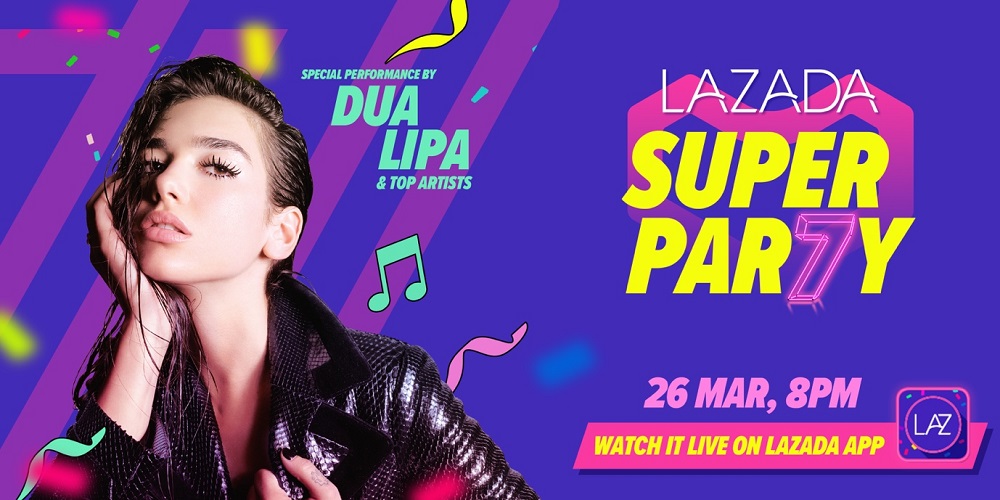 The concert will be organized in the Jakarta city of Indonesia at the Indonesia Convention Exhibition and scheduled to start at the 8PM local time. Users from Indonesia, Malaysia the Philippines, Singapore, Thailand and Vietnam can also enjoy the exhibition show live on their mobile phones. Lazada has been targetting to evolve a new era of shopping infused with Entertainment which it has given the name 'Shopetainment'.

The event will feature some of the top stars from the entertainment industry most of them being from South East Asia. The list includes the British Popstar 'Dua Lipa', Indonesian actress Agnez Mo, Philippine Entertainers Nadine Lustre and Sam Concepcion and SInger and Performer Dong Nhi amongst many more.