Quick Insight About Jerseys Of All Ten Participating Teams Of The World Cup 2019!

With just two weeks of time, the much-awaited cricket season of the year, the ICC World Cup 2019 will start in England and Wales. Online shopping industry has recorded an increase in the number of customers buying World Cup accessories, such as caps, jerseys and so on with great enthusiasm. India’s passion for cricket is attributed as one of the key drivers for sports merchandise manufacturing companies in India.

ICC World Cup is how important for India can be understood by the statement given by the former Indian Skipper, MS Dhoni who once said, “The World Cup is the most important campaign, everything else can wait.” And the quote still remains true even after four years. All the cricketing nations are preparing in full swing. All the teams are toiling extremely hard to do their best in this much-awaited cricket tournament. And the enthusiasm in the fanatics around the world is at its peak.

The group stages of the tourney are all set to begin on the 5th of June 2019. And the extravaganza will culminate until 14th of July. Apart from practicing hard for the on-field performance, the teams are also seeking changes in their off-field affairs. Most of the teams have recently launched their newly designed kit to don during this mega event.  Except one or two countries rest every other country who are part of the extravagant event has released their new pullovers.

So, if you are a huge fan of cricket and wish to hype your excitement and enthusiasm for the game, then buying your favorite team’s jersey is a great idea. And here, in this blog post, you will get the glimpse of all the newly launched pullovers or jersey of all the participating teams of the tournament. Read on to know more!

This World Cup you can show off your joy for your favorite sport and of course, favorite team by twinning in the same t-shirts or jersey will be a great idea. And to get your favorite teams jersey online, you must not miss out signing into reliable shopping platform like Snapdeal, Flipkart, Decathlon and Jabong that’ll help you grab exclusive vouchers and discount coupons to enjoy maximum savings.

Away from the action, the exclusive team collection on these shopping portals allows cricket fans of India to sport the love for cricket and maintain a stylish presence throughout the tournament wherever they are. Moreover, you get to enjoy exclusive discounts via voucher codes and coupon codes for example – Snapdeal coupon codes, Decathlon sports coupon or Jabong coupon codes.

Now with all this, let’s take a look at the various ICC World Cup 2019 merchandises and jerseys team vise- 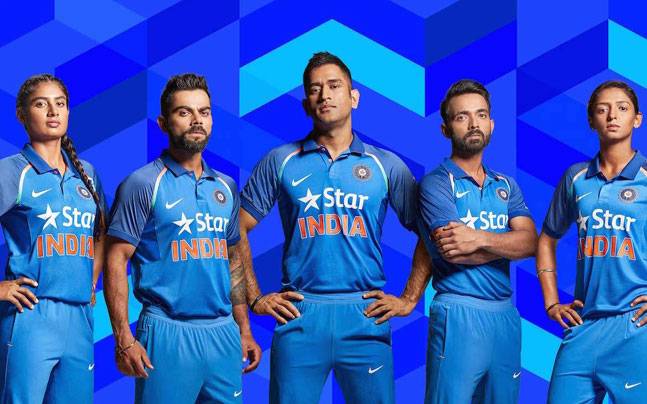 On 1st of March 2019, the Indian cricket team captain Virat Kohli along with Mahendra Singh Dhoni and Harmanpreet Kaur launched the team’s new kit for the upcoming World Cup Tournament. The men’s team will be sporting the new jersey for the first time during this tourney.

The best feature about the new Indian cricket team jersey is that it is designed with the dates of past World Cup triumphs on in 1983 and 2011 and the T20 World Cup of 2007. Just like the old one, this year also it will be made up of recycled material. Previous shirts were made of recycled plastic and this year’s edition is made of polyester material.

In an interview to BCCI.T.V Rohit Sharma said, “The new jersey, which we will be sporting during the ODI series will help to be agile on the field. And the most interesting fact about it is that along with with all colors, the dates when we won the first World cup, the T20 Cup and second 50-over World Cup winning date”

MS Dhoni, on the other hand, who was impressed by the fabric, quoted “You may have many designs, but ultimately, it’s the fabric that really makes you feel comfortable”. If you wish to buy Indian team jersey online, then simply browse through the Flipkart cricket accessories section. 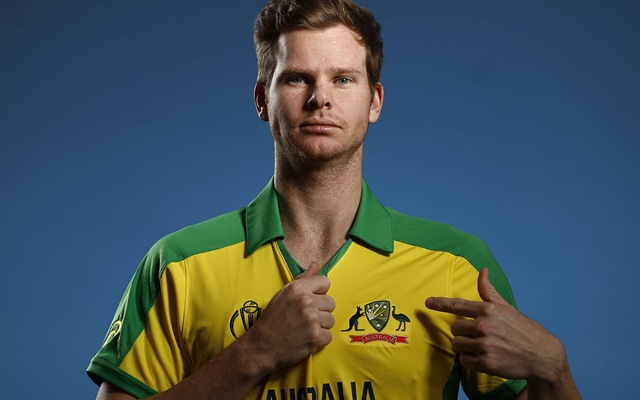 On 9th of April 2019, the Australian cricketing board apparel partner ASICS unveiled its new jersey in an event. Glen Maxwell, Australia’s ace batsman played the role of a model for the launch ceremony. The new uniform shares many similarities with the older one. The shirt carries a retro look that resembles the kit that was worn by Allan Border’s men during the World Championship of 1987.

The uniform is completely yellow with a lime green collar, sides, and shoulders and thing green streak running down the sides of the pants. This World Cup, it is said that you will see the Kangaroo’s team in retro uniform as the Australian cricket team jersey is inspired by the 80s and 90s era. 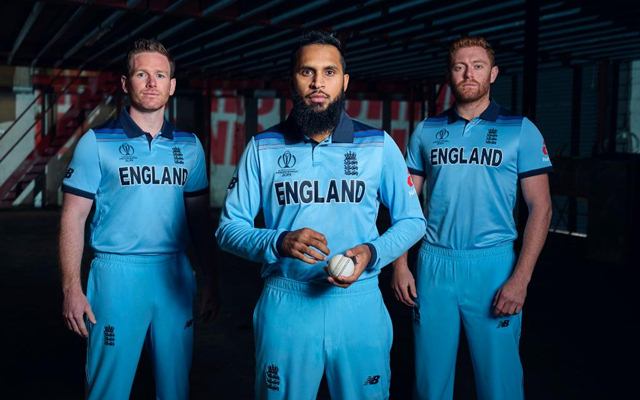 England has revealed its World cup Kit and revived its memories of 1992, the time when they had made it to the World Cup final. The sky blue shirts with stripes in different shades of blue running across the shoulder with thin red lines in between gives a retro look to the England cricket team jersey.

Gearing up for the 12th edition of World cup in their home ground, England cricket team members are working really hard to win the trophy and with their team’s jersey, they are trying some of the luck. Not just the uniform, the nation had made 3 more changes to its team. Joe Denly has replaced the all-rounder Liam Dawson, while James Vince is been named the replacement for Alex Hales.

Led by Eoin Morgan, the England team will begin its 2019 World cup campaign on 30th of May against South Africa. 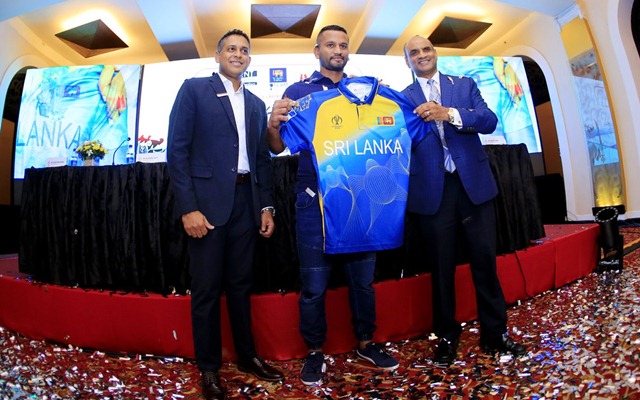 The 12th edition Sri Lankan cricket team Jersey is been praised by people from all around the world ever since it was unveiled. The nation’s uniform stood out from the rest 10 teams and was highly applauded by millions of people because the yellow and blue, dual tone jersey is manufactured by recycled ocean plastics collected from the beaches around the country. This heartwarming gesture was praised by cricketing fanatics thereby sending a strong message of keeping your water clean.

Fans from all over the world had congratulated Sri Lanka’s good gestures, although the image of turtles in place familiar lion on the shirt has brought some criticism of suiting the team’s current form. This is because ever since 1996 edition, Sri Lanka has been facing worse results on the grounds of ICC World Cup 2019. 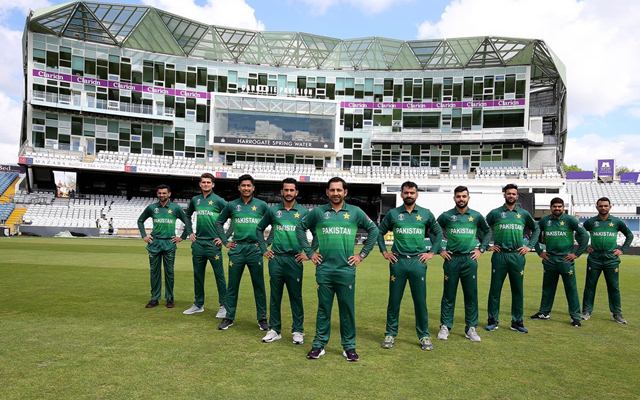 Always dominated by the dark green color, Pakistan cricket team Jersey looked a bit decent. While there is a World Cup logon on the front-right side of the shirts, there is a PCB logon on the left side. The country’s name “Pakistan” will be seen written at the center of the pullovers. The back of the jersey is in the same color and the player’s name and the number will be printed at the back. 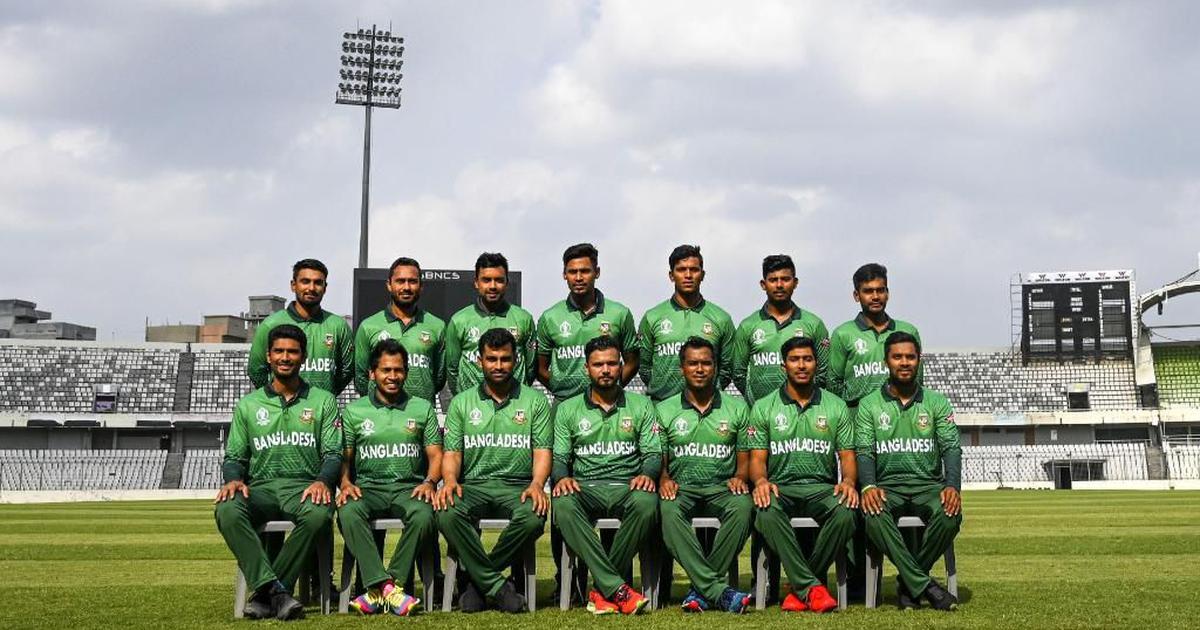 The Bangladesh cricket team Jersey which was unveiled again a few days ago had first released kits with all green color, but later the cricket board of the nation decided to make some alteration as it exactly resembled just like Pakistani cricket team jersey. Moreover, another reason to make an alteration to the kit was that the cricket board didn’t find its good as per commercial values.

After alteration, the traditional red stripes were again added to the pullovers. BCB president, Nazmul Hassan in an interview to ESPNCricinfo quoted “After the jersey unveiling yesterday, I sat with the board directors to look at the jersey again. Someone spotted the lack of red in the jersey. We have now decided to add the red to our jersey. Initially, it was the ICC who told us not to have the red in our jersey. But, we have a separate jersey, completely red (with white lettering), for some of the other games.”

Thus the new Bangladesh team jersey will have red patch along the center of the shirt with the team’s name written on it. 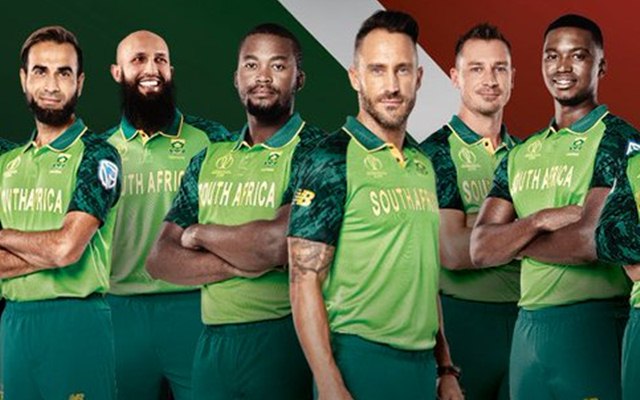 But recently the team was trolled for another reason and that was its new jersey. On 18th of April 2019, South African cricket team jersey was unveiled and it was as usually of light green color. But what made cricket fanatic troll the team’s pullover was its dark green and black combination sleeves which they didn’t like with the light green color. However, this is how South African team Jersey is going to look this World cup 2019. 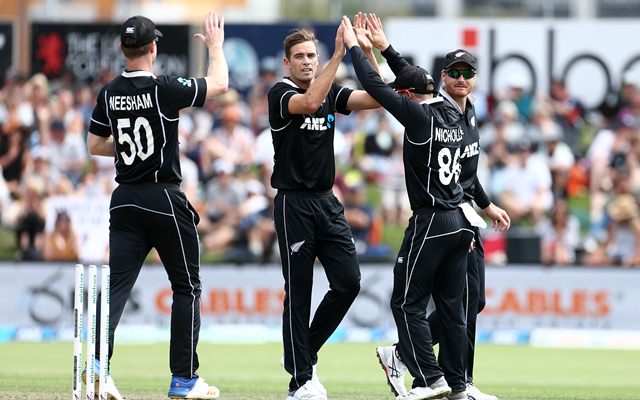 The pullover of the team has earned huge appreciations from cricket fanatics from all over the world. Although the team is yet to win the World cup title, despite having superb kit and squad who are working really hard this time. So, if you are a fan of New Zealand cricket team or wish to cheer them other your native team, you can buy their jersey online on Snapdeal, by browsing its Snapdeal cricket accessories section. Moreover, you get to enjoy maximum savings on the go if you use its coupon codes. 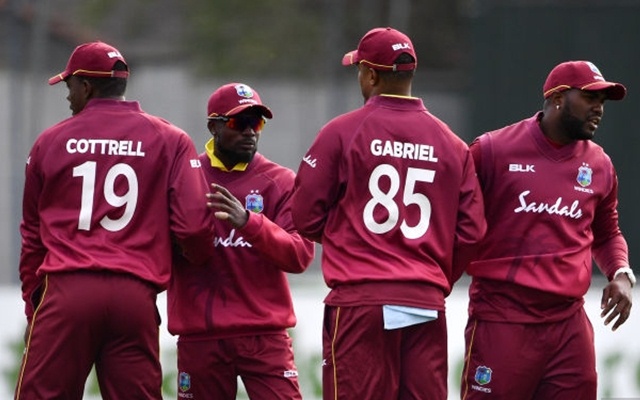 West Indies is the team who haven’t brought any changes to their kit and you are going to see the team the same uniform as seen in the previous tournament. This World Cup 2019, you will see the same maroon color West Indies cricket team jersey on the ground. The will have sponsored logos in the front and the sign of CWI (Cricket West Indies) at the top-left corner of the pullover.

Although the Caribbean squad hasn’t made any changes in their kit, it is expected that the Men in Maroon are going be the dark horses for the tourney. This is because the team consists of some really good talents in the form of Chris Gayle, Evin Lewis, Jason Holder and so on.

Afghanistan is another team that hasn’t made any changes to its uniform and fans will be seeing them in their old jerseys. The Gulbadin Naib-led side will walk in the World Cup 2019 tournament in the same Afghanistan cricket team Jersey. Nevertheless, it will be great fun to watch the new Asian team perform its level best in their second appearance at this mega event.

So, these are some basic information about all ten participating cricket team jersey in the World cup 2019. If you wish to enjoy maximum savings and discounts on every purchase of your favorite team’s fan jerseys online, then all you need is to sign up and browse through the widest selection of cricket accessories on Decathlon and avail its exclusive services of Decathlon free shipping and secure payment option.