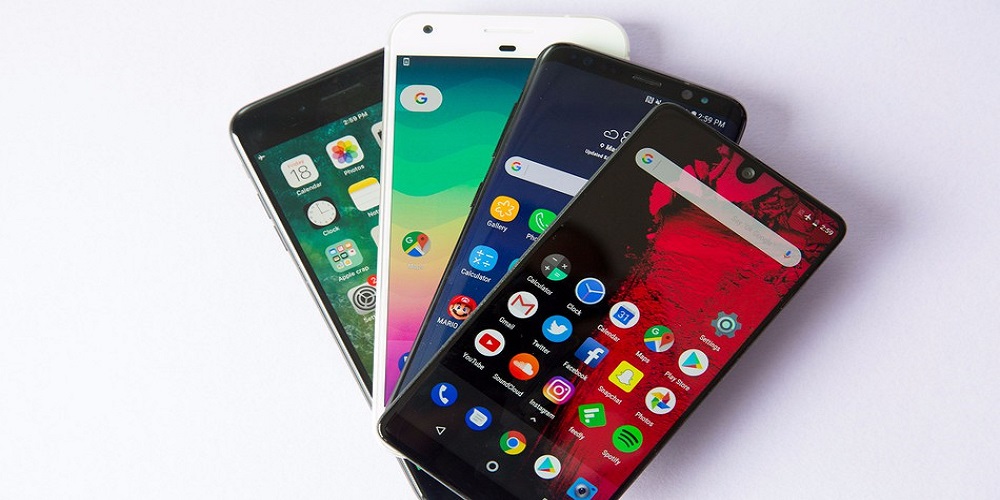 The technology is extremely vital part of our day to day lives and it is quintessential for any person to stay updated with the latest tech gadgets. But the variety that is available in the market more often creates confusion rather than making things clearer. It is agonizing to see the infinite number of options in front of our eyes and all of them claiming to be better than the rest. Then the question arises, how can you pick the best gadget out of them? There are many people who try to go through the countless options and their inherent specifications wasting hours of their valuable time without reaching any conclusive decision.

The 11.11 sale is approaching and it is arguably one of the best sales which give the consumer an opportunity to bag the best of products at the lowest prices. You can also avail a number of jaw-dropping discounts using these Shopee vouchers on the top of the deals available on this 11.11 sale.  So, it is indeed the best time for you to update your tech gadgets and we will assist you by providing a list of top products from each category of gadgets so that you can easily seek the best that you can get at present.

I must clarify at the start that it is not necessarily about the latest launched products. When you are seeking the best, it could be a product that might have been launched much earlier but is yet able to outperform all others including the newly launched products due to its sheer incredible performance. Just because a product is the latest launch does not make it the best. So keeping this thing in the mind, let’s begin the quest to find the most proficient product in each type of tech gadget available in the market at present.

Samsung has been one of the pioneers of smartphone manufacturing and has always raised the benchmark with its innovative and creative products. If you make a list of top smartphones at present, you will undeniably find the Galaxy S9 Plus beating the rest of its competitors for a number of reasons. The phone has been crafted with absolute perfection. There is no denying the fact that S9 Plus has an unbeatable camera that has got a splendid photo capturing ability. It is, in fact, the best camera without a doubt when it comes to low light photography. The camera has got a vivid range of photo capturing abilities and comes in a dual camera set up with a maximum aperture of f/1.5 to give an extra edge and immersive depth to the pictures. No other smartphone has this wide camera aperture at present making it an undisputed champion.

Apart from the Camera Galaxy S9 is equipped with a sharp ‘infinity’ display which really produces breathtaking colours and intensively in-depth visuals on screen. The design of the phone is truly a work of art as every minute detail has been carefully carved by Samsung. The chipset of the smartphone is also impeccable which gives flagship grade buttery smooth processing speed. With 6 GB RAM and 128GB inbuilt storage, there is enough space for you to do or store anything you want. There is an impressive 3500 mAH battery to ensure your phone performs seamlessly for an entire day at least.

The pick for the best laptop might come as a surprise for a few, but at the end of the day, it is all about performing the best. In this year, there were many good laptops launched by all the top brands but one that stood out is a relatively lesser known name amongst Laptop manufacturers, Huawei. The brand Huawei has been popular for making smartphones and has indeed produced many good products but they were never known for making Laptops. To begin with, this Laptop has been very beautifully designed and has got a really impressive display.

But the things that make this Laptop stand apart from its contemporaries are its internal components which have been very precisely implicated to deliver an extraordinary performance. The Laptop has got a cutting-edge technological leverage along with a handy battery life which when put together makes it a really exciting value-for-money proposition for the buyers. While one find some better comparisons such as the likes of Apple’ elite Mac book notepads, but then the price difference is unfathomably the twice which gives an edge to this masterpiece by Huawei.

The LED television has been going through a very remarkable technological surge and there is no denying that the overall experience of viewers is being raised to unprecedented levels with the introduction of live streaming and the direct broadcasting options. Television has been truly modified into smart television and there have been many really good products which are neck to neck with each other in all respects. This makes it really hard to choose one out of them but in the end, Samsung QLED does outshine other competitors by a little margin thanks to its flagship screen that uses a completely new technology to project the lights.

The initial LED products launched by Samsung were having some serious contrast problems and to combat them, Samsung has evolved this new technology altogether. The Samsung QLED uses the Full Array Local Dimming technology now. The QLED screen with quantum dots combines together with this technology to produce overwhelmingly great picture quality which produces much brighter and infinite range of colour along with the perfectly poised saturation and contrast. Not just that, Samsung has also magnified the screen with two cutting-edge technologies namely the HDR10+ and Elite Max vision, which make it the overall best in the market. You can use the Shopee 11.11 Voucher to buy the Samsung QLED at exciting discounts.

The best gaming console has been a relatively head to head fight between Sony’s Play Station and Microsoft’s Xbox series. Both these companies have been fighting it out a straight out battle to claim the best gaming console under their belt. At the present time, Sony seems to have got better of its rival with its incredible gaming console, PS4 Pro which edges out the Xbox One S and Xbox One X due to its superior technological prowess and better hardware configuration. If you see it from the neutral perspective, one thing that you can hardly ignore is the fact that PS4 Pro has much better games on offer and is relatively a very generous platform for gaming that allows online offerings to be added for the convenience of its users.

PS4 Pro is also better calibrated to handle intensive graphics as it runs 4K and HDR graphics with ease. The gaming experience looks much more fluent and smoother on this device thanks to its beastly processing speeds and advance frame rate management. There is an evidently crisper and responsive user experience which fetches brownie points in favour of Sony. The only thing that one can miss on the PS4 Pro is its lack of support for the ultra HD Blu-ray disks that has been replaced by the online 4K streaming feature. This, on one hand, makes it a more efficient online gaming console but on the other hand, users can sorely miss many easily available games and rather buy or rent them genuinely online. This also means one ought to have a great internet connectivity to ensure no hitch-ups while playing.

The smartphone cameras might have evolved to a great extent but it is hard to replace the undisputed perfection that DSLR lenses provide. The DSLR camera is an absolute must for any passionate photographer due to its extensively intense shooting ability. There are a number of DSLR available in the market today and every product has its own pros and cons which a person can individually like or dislike. But for those who need the most well balanced and capable DSLR which has included almost every needful attribute, one can go for Nikon D850 with closed eyes. This DSLR simply checks all the boxes that any average photography lover would wish to have in his gadget.

This DSLR by Nikon has a 45.4 Mega Pixel camera lens with a full frame sensor which captures perfect images of superior quality without any apprehension. There are many other attributes that add up with this great camera device that make it much better and more finely tuned DSLR than any other competitor in the market. The camera has an intricate 153 point Auto Focus system that stabilizes the image and 9fps shooting speed in a bust. The best thing about this camera is its effortless ability to accommodate various types of photography needs. This DSLR is as easy for wildlife photography as it is in capturing the landscapes and portrait shots. It is pretty much the best in overall compatibility and capability that you can find in the market right now.

The watches have now become a technological device rather than the perceived technical tool that it used to be in the past. The introduction of the smartwatch has been very coldly received by the users but gradually, it is picking up and striking a chord with the audience. There have been many valuable features added to the smartwatches. In fact, there are a plenty of options available for the smartwatches now and every top smartphones manufacturer has been working on it with sincere efforts. The best of the lot is from Apple which had launched Apple Watch 4 this year.

The Apple watch is much better in built quality, features and technological attributes all combined together. The display size of the Apple Watch has been made adequately large but convenient enough for day to day use as well. It can receive calls and messages react to the voice commands, access geo-location and route mapping and the most recently programmed to work as a health and fitness device as well. It is capable of tracking your health conditions and guide you better health and fitness levels in daily routine. It is, in fact, a blessing for those who are suffering from a serious heart condition or health issues by keeping a real-time track of statistics.

The Virtual devices have been gaining a lot of attraction of late due to their intensively futuristic approach and some incredibly unimaginable ability to portray a virtual reality in its truest form. There are many VR devices available in the market but to pick up the best of the lot, one can’t go for any other option than the HTC Vibe. The device gives the best experience of VR in a very lively and intuitive manner and provides a really excellent eye view.

HTC Vive is very easy to access working at a very high resolution and providing a 1080p screen per eye view. The base station of the device provides a space of 13x13 feet which is the largest by any means when compared with the other options available in the market. This also makes it a really wonderful option for playing VR compatible games. It is a costly device but it is undoubtedly the best of the first generation VR devices that you can find in the market. There is a speculation that the second generation VR is about to be introduced but till then, there is none better than this one for sure.