12 Breathtaking Locales in England that Will Leave You Mesmerized

England might not be a big country in terms of area but it is certainly the one that offers vivacity and splendidness of having some of the most beautiful locales on the planet. But just go and ask anyone who has been there and seen all, you will be in for surprise because English landscape happens to be one of the most outstanding and unrivalled in beauty.

There are many people who just love to see the elements of natural beauty and for them; England will just be an ideal choice, to begin with. The stunning sceneries of the country seriously deliver every bit of satisfaction that nature lovers could wish for. There are unlimited locales that will force you to stop and take your camera out to capture them for your memory. So if you were planning to take a vacation, England can give you a memorable vacation. You can plan your dream vacation at great discounts using the Breakfree Holidays Voucher and roam around some of the best natural sights.

Here are 12 breathtaking places in England that will leave you mesmerized by their sheer beauty.

The Needles, Isle of Wight

This is one of the most popular sights that can be found on the coastlines of British land. It is basically famous for its incredible white coloured rocks. The Needles is a formation of 3 white rocks that appear out in the waves against the panoramic view of the deep blue sea. The best place to view this amazing rock formation is from a point up on the top of the Chalky White Cliffs known as Needles Old Battery. One of the lesser known facts about this place is that the basic reason for which the place became famous as the needle-shaped rocks that are not existent anymore as it fell back into the sea during the late 18th century. Yet, there is no doubt about the beauty of this place and still makes it worthy enough of being visited.

This is the biggest gorge that you can find on the English territory and certainly offers one of the most impressive views of the surrounding areas. The location of this gorge is very delicately placed in such a way that it offers a complete sight of the countryside dividing into two halves. This gorge is made up of limestone rocks and is believed to be more than a million year old. There are a number of caves and other interesting sights that you can find on these rocks. The overall area of the expanded top of this gorge covers more than 3 kilometres which obviously offers an extraordinary overview of the valley and its adjoining territories right up to the horizon. 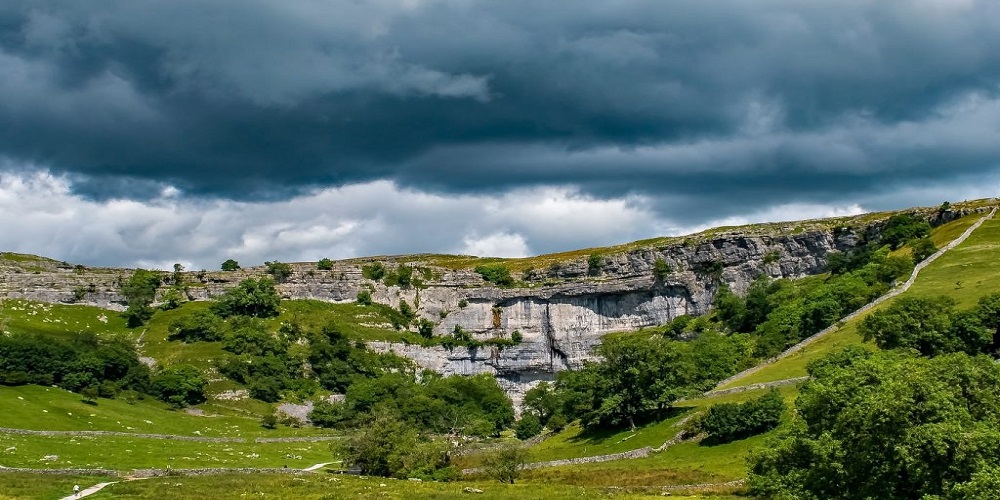 The Malham Cove is a known for the cliff that towers over it. But many people come here for viewing the extremely mind-blowing limestone pavement of England that lies on the top of this cliff. It is estimated by the geologists that this structure was created by a glacier that was retreating during the end of the last ice age. The surface of this unique formation is unusual and this is apparently the reason why most people visit this place. Most visitors love to walk on the pavement after climbing this cliff and get amazed and awestruck by this beauty carved out natural formation. The views from the pavement are just spectacular and the beauty of it has been captured by many filmmakers in their movies.

If you will take a view of any of the brochures on tourism in England, it is highly unlikely that you will not see the Durdle door amongst the featured places in it. This is arguably the most popular natural landmarks that you can relate to England. This place is the part of the Jurassic Coast World Heritage Site and is visited by many tourists every year. The best sight for experiencing the beauty of this place is from the top of the cliff. This place is also a great one for those who love swimming, especially during the hot sunny days of the summer. You can walk to the sandy beach through the Lulworth Cove which takes you down on a path with some great picturesque views in between. 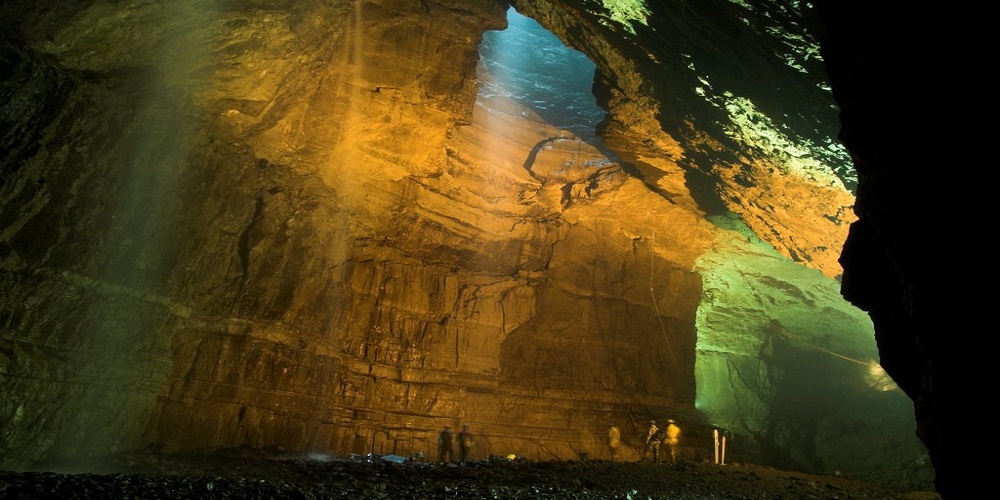 This is the largest underground chamber you can find in the country which is situated at the bottom of the Ingleborough in the territory of Yorkshire Dales. The main chamber of this giant cave is measured up to the height of 31 meters. There is a popular notion that explains the massive size of this cave which says that the cave can be used to house the entire St Paul’s Cathedral. The cave captivates the sight right from the entrance and keeps you hooked to a number of other jaw-dropping features until you leave the cave. 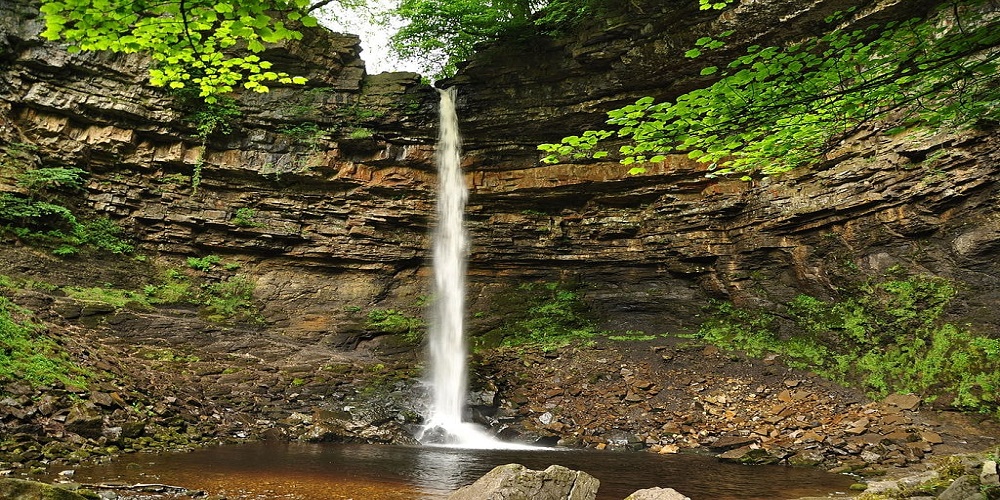 Hardraw Force waterfall is the highest amongst all the waterfalls in England. This waterfall has a height of over 30 meters from where the water falls right into the river leaving a lot of very tiny water droplets flowing in the air. The visitors can watch this amazing sight from the bottom and experience the admirable the waterfall for its stunning view. There is a complicated process through which one could reach this waterfall. It requires you to go through an Inn and you will be asked to pay a small toll fee before being allowed to walk along the river to reach the waterfall. This waterfall offers a relatively astounding sight during the winter season when the water freezes to form a 30-meter high icicle. 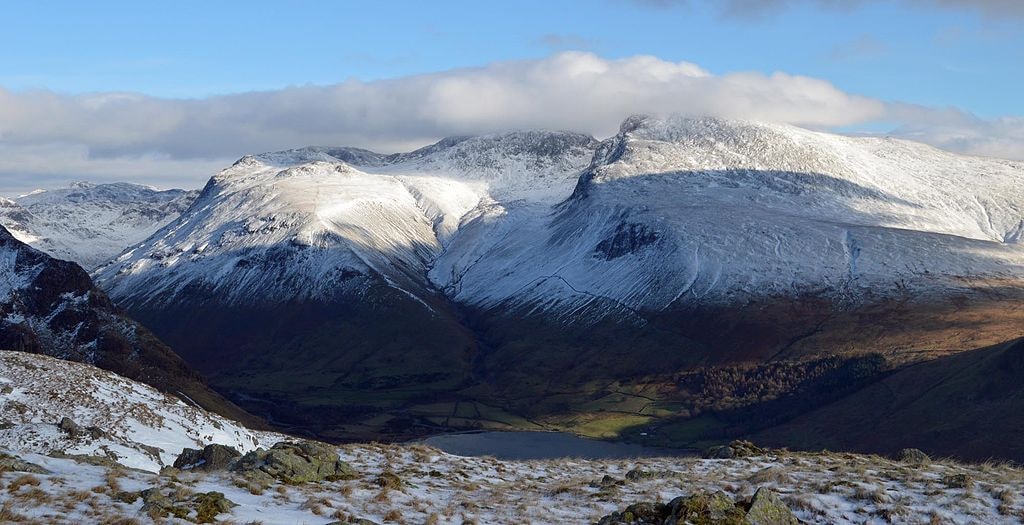 This place is for those who love mountainous terrains. Scafell Pike is the highest mountain range of the country that touches a height of 978 meters above the sea level at its topmost point. Even if you are not a fan of climbing the mountains, this place is not going to leave any lesser amazed with its prolific landscape that you can view from the below. But obviously, one who wants to get the most impressive sight needs to reach the summit at the top and experience the scintillating vistas of the surrounding regions up to the far-off lands.

I must admit that I have not met a single person in my life who does not like the beauty of the freshwater lakes. In England, you can find the largest natural lake at the Lake District known as Lake Windermere. This lake apparently measures to a length of over 10 miles, a width of over 1 mile and depth is expected to be around 220 feet at the bottom. There are a number of villages that have been living in the adjoining area of this lake. This lake offers many mind-blowing views that you would love to shoot on your camera. The most unique aspect of this lake is that it has a number of small islands which pop out of the lake in between. This place is an ideal location for family picnics or a day out with friends. The woodland that surrounds the lake gives a picture perfect background to this iconic lake.

The Brimham rocks are amongst the most interesting tourist sites which have been attracting people from all over the world due to its rare and strange formation. The intriguing rock silhouettes have also attracted a number of geologists and scientists to explore the reason behind such an otherworldly structure of the rock. The weird but attractive rocks have been there for centuries and it is assumed that these rocks were formed in this unusual shape due to the erosion of the millstone grit. There are many different names given to the rocks depending upon their resemblances, such as the Turtles and the Dancing Bear. 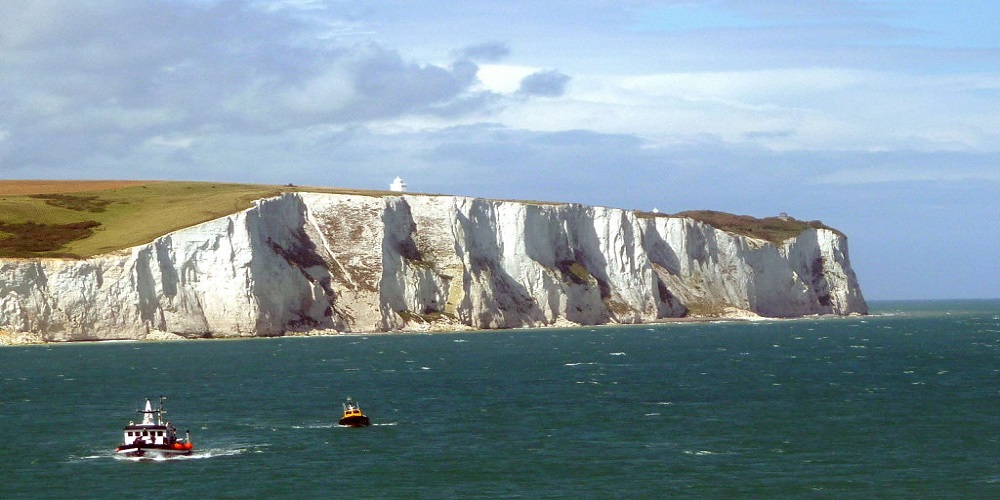 This one of the most renowned landmarks of the British soil and one can recognize it towering over the English Channel from a distance due to its unique white chalky texture. The cliff is a real sight that beholds the eyes of those ferrying around the British channel. A lot of visitors come to these cliffs to see the ecstatic beauty of the Dover. The cliff is one of the most amazing places for the hikers and offers several dramatic locations to click pictures during the hike. The best time to visit this place is during the summer season on an open sunny day.

This is one of the most magnificent passes that you could ever get to see with its incredibly awesome surroundings and unbelievable landscape. This pass is located in the Peak District of England and is particularly famous for the outrageously steep valley that is covered by big mountainous cliffs on both sides. This pass sometimes gives an impression as if the mountains have parted away to leave ample space in between for construction of a road. It is a jaw-dropping location which gives Goosebumps as you see yourself at the bottom of the two mountains ranges. If you want to explore the scenic views and grab a few pictures of this absolute marvel of nature, you can stop and walk around through a number of pathways spread along these towing structures. 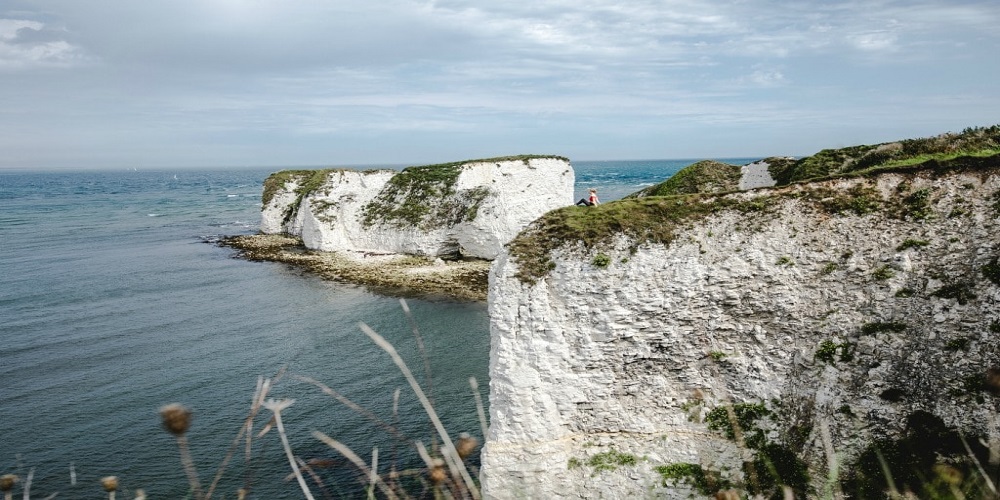 This is another place from the Jurassic coastline which is popular for its scenic beauty. The Old Harry Rock leaves you in a stunning landscape with a seriously awesome view of the coast and the sea. The structural composition of these rocks is one of the most distinguished aspects as these rocks are made up of white chalky limestone rocks giving it a very rare white textured appearance. You can also take a hike over to reach the top and get to see some exquisite floral orchids along the pathways. You can also get to see a beautiful rare species of Butterfly native to this place. The overall surroundings give you an ecstatic experience which you can rarely get elsewhere.

If you are willing to see these masterfully carved wonders of nature, you should start planning for the next travel trip to England. Do not forget to save loads of money by booking a stay with these Manor Cottages Vouchers and Sykes Cottages Voucher Codes that will avail many incredible deals and discount offers for your travel bookings.